Pain relief can spiral into addiction to prescription drugs

(CNN) -- People who abuse prescription drugs often do so believing the pills are safe because they are prescribed by doctors and approved by the Food and Drug Administration, addiction experts tell CNN. 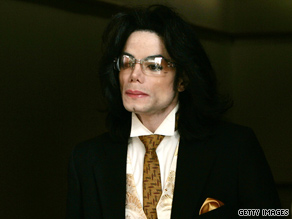 In 2005, non-medical use of painkillers contributed to more than 8,500 deaths. Overdose deaths involving prescription pain relievers increased 114 percent from 2001 to 2005, the most recent year for which nationwide data is available, according to the Office of National Drug Control Policy.

Heath Ledger and Anna Nicole Smith, two celebrities whose deaths resulted from accidental overdoses, had each taken a lethal combination of prescription drugs -- painkillers, anti-anxiety drugs and sleeping aids. The cause of Michael Jackson's death remains under investigation, pending the result of toxicology screening.

Non-medical use of prescription drugs is most prevalent among young adults between the ages of 18 and 25, according to the Office of National Drug Control Policy.

In a study of 1,000 teenagers between the ages of 13 and 18, 155 reported abusing prescription drugs. In the 2007 study, released by The Partnership for a Drug-Free America, teenagers reported obtaining the drugs through a friend or family member, or in a medicine cabinet, or at a party.


Depressants are used to treat anxiety and sleep disorders. Examples: barbiturates (Mebaral and Nembutal) and benzodiazepines (Valium and Xanax)


Stimulants are prescribed to treat narcolepsy, ADHD, and obesity. Examples: dextroamphetamine (Dexedrine and Adderall) and methylphenidate (Ritalin and Concerta)

One trend is "pharming parties," where teens raid their home medicine cabinets, put various pills in a bowl and pick which one to consume. Sometimes, they take the pills with alcohol which presents dangers, said Susan Foster, vice president and director of policy research and analysis at The National Center on Addiction and Substance Abuse at Columbia University in New York.

But older adults who take medication to treat pain, can also become addicted.

"Often what happens is someone experiences discomfort, anxiety, or pain. They start being treated with medicine, and need more," said Dr. Steven Juergens, an assistant clinical professor of psychiatry at the University of Washington and a private addiction specialist in Bellevue, Washington.

They feel better when using the medication and often feel like "they need it," he said.

"They're caught in this hell of using the drugs illicitly, not seeing it as a problem," said Juergens, who first reported the abuse of Xanax in the 1980s. "It takes a while to unravel that."

People deny there is a problem and sometimes do not understand that their behavior is dangerous.

"I think people of all ages don't take medication as seriously as street drugs," said Dr. Marvin Seppala, the chief medical officer at Hazelden, a drug and alcohol treatment center. "There's sort of a naïve belief they're safer. The truth is pain medications are in the same exact class as heroin, morphine -- they're very addictive."

Some people enjoy the calming and euphoric sensation and some take the pills to be more productive, Seppala said. While the pills are considered safe, continued heavy abuse could result in slowed breathing, respiratory arrests, reduced oxygen to the brain and overdose, Seppala said.

Some drug abusers fill their needs by visiting several doctors to obtain many prescriptions to satisfy their addiction, a practice known as doctor shopping.

By 2008, according to the Drug Enforcement Administration's Web site, 38 states had passed legislation to create a database for physicians and pharmacists to prevent abusers from obtaining multiple prescriptions.

While laws vary from state to state, the monitoring programs are used to identify illegal activity such as prescription forgery, indiscriminate prescribing and doctor shopping, according to the DEA. Some programs notify physicians when their patients are seeing multiple prescribers for the same class of drugs.

But people with prescription drug addictions also have other methods.

"They get drugs through legitimate or illegitimate means," said Foster. "There is feigning physiological and psychological problems, lying about losing their medications. They get them from the Internet by rogue pharmacies. Clearly there are dealers dealing on the street. There are people getting prescription pads and writing fraudulent prescriptions."

Michael Jackson's associates and a confidential document have portrayed a troubling picture of his prescription drug use. The document from the Santa Barbara County Sheriff's Department contains confidential interviews conducted with two of Jackson's former security guards as officials prepared for Jackson's child molestation trial in 2005.

Citing that 2004 document, CNN reported last week that Jackson's former employees told authorities the singer asked his staff to get the prescription medicine under different names. One of the employees said he took Jackson to doctors' offices in other states and the singer appeared to be "out of it and sedated" after each visit.

In the document, a security guard told authorities that he expressed concern about the singer's use of 10-plus pills a night to another staffer. The second staffer replied: "Jackson was doing better because he was down from 30 to 40 Xanax pills a night." Xanax is used for the treatment of panic disorder.

The amount Jackson allegedly took is "is an extremely high dosage of Xanax," said CNN Chief Medical Correspondent Dr. Sanjay Gupta. "It is a huge red flag. ... This dosage is exceedingly high for any human being."

Last week, Los Angeles Police Chief William Bratton said detectives have spoken to a number of doctors who treated Jackson over the years, and are looking into the singer's prescription drug history.

Those who did not cooperate were issued subpoenas, a source told CNN.

"If we can save lives and if we can bring to the attention of the people the dangers of prescription drug abuse, I think there is some benefit to this country," Kerlikowske said.