Are you at risk for depression? A quick family history could tell

If you're feeling down, it can be hard to tell if you're experiencing a temporary case of the blues or a serious depression. Now a group of researchers say there's a relatively easy way to figure out whether some young adults are at greater risk of psychiatric problems or drug abuse -- just ask about their family. 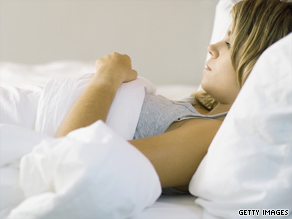 People with a strong family history of depression are at risk for more serious, ongoing problems.

It turns out that the more family members you have who have been found to have major depression, anxiety disorders, or drug or alcohol dependence, the greater the chances that you will too, according to Terrie E. Moffitt, Ph.D., a professor of psychology and neuroscience at Duke University's Institute for Genome Sciences & Policy, and colleagues, whose study was published in the Archives of General Psychiatry.

The bottom line? The researchers recommend that doctors ask a few quick questions to determine a patient's family history of psychiatric problems. People who have a strong family history should be closely monitored if they become depressed and should be treated promptly if they meet the criteria for clinical depression because they are at risk for more serious, ongoing problems. Health.com: Booze, drugs, and bipolar disorder

"It may help save their lives ultimately," says Douglas E. Williamson, Ph.D., of the University of Texas Health Science Center in San Antonio, who was not involved with the new study. Health.com: Why there's a link between depression and diabetes

Moffitt and her team looked at 981 New Zealanders born in 1972 and 1973; from age 3, their mental and physical health had been tracked by researchers, although they were in their early 30s at the time of Moffitt's study. The researchers used a simple family-history screening test with questions that identified the severity and persistence of major depression, anxiety disorder, and alcohol or drug dependence. (The question format is nearly identical to the one your doctor uses to find out whether you have a family history of heart disease or breast cancer.) They calculated family-history scores by looking at three generations of each study participant's family, including his or her grandparents, parents, and siblings over the age of 10. The test typically takes less than 30 minutes to administer.

The researchers found that the more relatives a person had with major depression, anxiety disorder, or alcohol or drug dependence, the more likely he or she was to have that condition too. And the stronger that family history, the greater a person's risk of having recurrent bouts of the condition and to report that it impaired his or her ability to function. These individuals were also at greater risk of being hospitalized for that condition, and to take medication to treat it.

The simple test was developed and published in 2000 by Myrna Weissman, Ph.D., a professor of epidemiology in psychiatry at Columbia University Medical Center, in New York City, and the director of the Division of Epidemiology at the New York State Psychiatric Institute, and her colleagues. Health.com: Change one thing, change your life: A primer for improving your mood

People who have a family history of depression have long been known to be at greater risk of the mental illness themselves, probably for both genetic and environmental reasons, Weissman says. "The reason that I developed that instrument is because I think that family history is one of the most important predictors of outcome," she says. "The family history scales that were available were very lengthy and they weren't suitable for just ordinary screening."

Weissman thinks doctors in general practice should use the test. All too often, physicians ask about family history of cancer, heart disease, or diabetes, but not mental illnesses that can have a serious impact on all facets of life, she says. Health.com: My life as a bipolar mom

All About Depression • Substance Abuse and Mental Health Services Administration