LONDON, England (CNN) -- Honey has been used to treat wounds since ancient times, but recent years have seen a surge of medical interest in the sticky stuff. 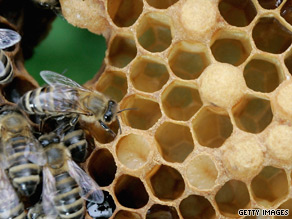 Research has shown that honey has antibacterial properties.

Manuka honey has been the subject of particular interest, with the results of a study just published by Sydney University finding that it has powerful antibacterial properties, and is even effective against antibiotic-resistant bacteria.

Associate Professor Dee Carter, from Sydney University's School of Molecular and Microbial Biosciences said: "Our research is the first to clearly show that these honey-based products could in many cases replace antibiotic creams on wounds and equipment such as catheters. Using honey as an intermediate treatment could also prolong the life of antibiotics."

"Most bacteria that cause infections in hospitals are resistant to at least one antibiotic, and there is an urgent need for new ways to treat and control surface infections."

She added: "We don't quite know how these honeys prevent and kill infections, but a compound in them called methylglyoxal seems to interact with a number of other unknown compounds in honey to prevent infectious bacteria developing new strains that are resistant to it."

Honey is a complex substance, containing up to 800 compounds and its complexity means it has been difficult to pinpoint exactly how it kills bacteria.

Manuka is a type of honey that is made by bees pollinating the flowers of the Manuka bush, a member of the Leptospermum family that grows naturally in New Zealand.

Now, an Australian company is claiming to have produced the world's most potent medical-grade antibacterial honey, made by bees pollinating the Australian jellybush, also a member of the Leptospermum family.

Australia's Medi Bioactive Honey Company claims its Berringa antibacterial honey has twice the antibacterial content of normal manuka honey, and has launched the product in the UK.

Dr Rose Cooper of the University of Wales Cardiff School of Health Sciences has researched honey's antibacterial action and has written a book called "Honey in Modern Wounds Management."

Cooper told CNN that there are many components in honey that contribute to its antibacterial nature. She says its high sugar content, low water content and low pH are all factors. Additionally, some honey produces hydrogen peroxide, which can kill bacteria.

Since 2004, Britain's National Health Service has licensed the use of manuka-honey wound dressings and sterilized medical grade manuka-honey creams.