Your period: What's normal, what's not, what to do

Your period comes at the same time every month ... except when it doesn't. Suddenly, without warning, you're early or late, or your flow is heavy, light, or nonexistent (and you know you're not pregnant!). You and millions of women understandably wonder, Is this normal or is something terribly wrong? 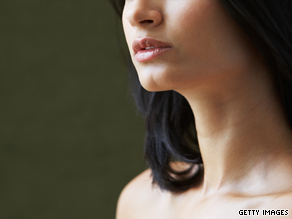 Inconsistent periods may cause alarm, but doctors say most menstraul problems are easy to solve.

"There isn't a day that goes by when I don't get questions about periods," said Dr. Mary Jane Minkin, co-author of "A Woman's Guide to Sexual Health" and a clinical professor of obstetrics and gynecology at the Yale School of Medicine.

The good news: Most period puzzles are easy to solve. Read on for the answers and the newest solutions that every woman needs.

What's up: Low-dose birth control pills often lead to breakthrough bleeding, but "99.95 percent of the time that's nothing to worry about," Minkin said. Some women who aren't on the pill spot when they ovulate because of a rapid surge and decline in estrogen midcyle.

This can happen at any age during the reproductive years, said Dr. Adelaide Nardone, a clinical OB-GYN instructor at Brown University in Providence, Rhode Island. Another cause can be polyps, which are an overgrowth of normal tissue in the uterus or cervix that may be caused by high estrogen levels. Many women have no idea they have polyps, but some who have cervical polyps may experience bleeding after sex.

What to do: If you're on the pill and the spotting doesn't resolve itself in a few months, Minkin said, ask about a higher-dose pill. If polyps are your problem, your doc can remove them to check for premalignancies or malignancies, though they're rare in women younger than 50.

And while cervical or uterine cancer is an unlikely cause, visit your doc if the spotting doesn't go away, particularly if the spotting occurs after sex.Health.com: Top myths about safe sex and sexual health

What's up: If your period comes in tsunami-like waves, chances are you'll spend hundreds of extra dollars on pads and tampons. Annoying, right? Don't ignore it. "If you change your pad or tampon more than five times a day, you could have a problem," said Dr. Nieca Goldberg, author of "Dr. Nieca Goldberg's Complete Guide to Women's Health."

You may have fibroids, benign tumors in the uterus; they distort the uterine wall, which can worsen bleeding when you shed the uterine lining during your period. (Fibroids are not the same as polyps. Fibroids are made from fibrous tissue in the uterus, while polyps are composed of the lining of the uterus or cervix.) Fibroids become more common as women age: Minkin said that 30 to 40 percent of Caucasian women will have them by menopause, and African-American women get them even more frequently.Health.com: The continuous pill means fewer periods

Not all fibroids cause bleeding, and some can cause pain or pressure on the bladder, rectum, or belly. A rarer cause for heavy periods may be a bleeding disorder such as Von Willebrand disease, which makes it hard for your blood to clot.

What to do: If you can stand the bleed­ing until you hit menopause, fibroids typically shrink or disappear at that time because of the reduction in estrogen that feeds them. Fibroids can be eliminated by ultrasound surgery, uterine artery embolization (in which the blood supply to the fibroid is cut off), having them shaved off during surgery, hysterectomy, and other methods. Each treatment for fibroids has some pros and cons. If you have Von Willebrand disease, medication is available, but you'll likely want to see a hematologist for treatment.

What's up: Low-dose combination or progestin-only Pills may reduce your flow, Nardone said. (It's "light" if it requires nothing more than a light panty liner or light pad.) If you're not on hormonal birth control and you see nothing but a little bit of staining, you could have an imbalance of thyroid or pituitary hormones. Other reasons: a Müllerian anomaly, a rare defect in which the uterus is malformed, or an imperforate hymen, where the hymen stops menstrual blood from flowing out.

What to do: If the Pill is reducing your flow and that bothers you (which isn't likely), try a different birth control method. If it's a thyroid problem, you may need meds. See your gyno, who can refer you to an endocrinologist. An anatomical issue such as a malformed uterus would need corrective surgery.Health.com: How to finally fix your menstrual problems

What's up: If you miss a period, pregnancy or menopause are two obvious explanations. But if you're not old enough for the change and you're using reliable birth control and know you aren't pregnant, the possibilities are endless. Irregular periods -- maybe yours used to come every 28 days but is now arriving on day 21, 35, 28, and back to 21 again -- can be a symptom of perimenopause. That's the five years (or more) before menopause when your body transitions out of the childbearing years. You'll know it's perimenopause if you also experience occasional hot flashes, sleep trouble, anxiety, and mood changes, Goldberg said.

If it's not perimenopause, it could be stress, severe weight loss, or extreme weight gain, all of which can knock your hormones out of whack. Medications that work on the central nervous system, such as antidepressants, can also mess with your cycle. Endocrine disorders like thyroid disease can cause irregular periods, too, as can polycystic ovary disease, a hormonal glitch that may lead to obesity, acne, and excessive hair growth.

What to do: If the period change is sudden, don't wait longer than three months to see your gyno, Nardone said. Otherwise, you may be ignoring an underlying problem that needs immediate treatment. For uncomfortable perimenopausal symptoms, your gyno may recommend that you sleep in a cool room, dress in layers you can peel off if you get hot, and exercise regularly for stress relief.

Or she might suggest hormone therapy (the same kind used in women going through menopause) or low-dose birth control pills. If your medications are the problem, changing the type or dosage can help, but don't do it without talking to the doctor who prescribed it.

What's up: Usually the cause is prostaglandins, chemicals manufactured in the uterus that bring on contractions to expel the uterine lining during your period. But if you have incredibly disabling cramps, it could be endometriosis, which affects 7 to 10 percent of women. The disorder is marked by uterine tissue growing outside the uterus, typically in the pelvic area. Just as the uterine lining sloughs off during your period, the same thing happens to the endometrial tissue outside the uterus, but the blood has nowhere to go.

"You're bleeding into your belly," Minkin says, which causes inflammation. While the risk factors are unknown, Nardone said endometriosis is associated with very heavy periods, starting your period early, a history of pelvic surgery, or a family history of endometriosis.

What to do: Ibuprofen, naproxen, or aspirin fight the production of prostaglandins and reduce pain. Acetaminophen helps some people, but it's not as effective. All prostaglandin inhibitors may occasionally lead to a heavier flow, "but the cramp relief trumps the bleeding for most women," Minkin says. The trick is to take one of these medications (as directed on the label) at the first hint of cramps or in the days before your period starts, since they have no effect on prostaglandins that have already been manufactured. For endometriosis, you will probably need hormonal treatments that lower estrogen levels in the body or surgery to remove endometrial tissue.

What's up: If you've ruled out hormonal problems and other ailments linked to irregular cycles, you just might be pregnant. Some women's long periods overlap with the beginning of ovulation, which means that you're fertile even though you're menstruating. Say you have a short cycle (21 days, for example) and your period lasts a week. If you have sex close to the end of your period, you could become pregnant since sperm can live for 72 hours in your reproductive tract. There's also the infamous late-in-life pregnancy that can occur during perimenopause, when periods are erratic. Experts say it's not safe to ditch birth control until you haven't had a period for a year.Health.com: Should you ditch your gyno when you stop having periods?

What to do: If you don't want to get pregnant, always use protection. If you do have unprotected sex, emergency contraception is available from many pharmacies without a prescription.

All About Women's Health • Sexual and Reproductive Health • Birth Control