LONDON, England (CNN) -- The state of the economy may be out of people's hands, but their happiness isn't, according to a group of researchers meeting at an international conference on happiness Thursday. 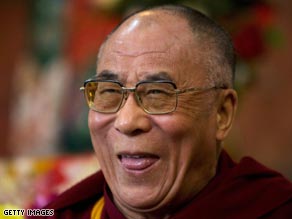 The Happiness and Its Causes conference received a big boost from the Dalai Lama, who attended in 2007.

Experts from fields ranging from neuroscience and philosophy to psychology and theology will gather to discuss the latest insights on living happier lives at the meeting in Sydney, Australia.

Drawn to workshops with titles like The Architecture of Sustainable Happiness and Practical Tools for Positive Relationships, more than 2,000 participants are expected to attend the conference.

The pursuit of happiness has been considered through the ages, but interest has grown in recent years amid a growing number of studies that suggest it is possible to improve your well being, researchers say.

Over the last decade, studies have shown that people who think optimistically and have strong relationships tend to be happier, they say.

With the recession and extra challenges people are facing today, tools for learning how to remain happy or cope with hard economic times may be particularly relevant.

"A lot of people want to be happier. They want to know what they can do, and they want to learn scientifically-supported techniques," Sonja Lyubomirsky, a professor of psychology at the University of California, Riverside, tells CNN.

Lyubomirsky, who will lead the workshop on lasting happiness, argues that while genetic and environmental factors play a role in determining happiness, individuals can employ strategies to increase their capacity for happiness.

The two-day conference which starts Thursday is just a small slice of the flourishing happiness business.

While there are no estimates on its size, the broader U.S. self-help market -- which encompasses wellness programs, books and holistic training -- exceeds $11 billion and is forecast to grow an average 6% annually over the next three years, according to Marketdata Enterprises.

Learning how to be happy doesn't come cheaply. The Happiness and Its Causes conference costs about $680, excluding workshops. Attendance at the event this year is expected to be at close to 2,100, down from 2,500 last year.

But participation has swelled since the first event in 2005, which drew about 300 participants, says Cara Anderson of the non-profit World Happiness Forum, organizer of the conference. The meeting received a particularly big boost after the Dalai Lama participated in 2007.

At the conference, participants will explore a vast range of topics, from the latest scientific findings on brain plasticity and positive thinking to more spiritual endeavors such as cultivating contentment and awakening the spirit. There will also be no shortage of opportunities to buy books, DVDs and other materials.

What do you think is the key to happiness? Tell us in the SoundOff box below or send us an iReport

The meeting tends to attract members of the caring industry, including social workers and mental health professionals, as well as educators and the general public, according to Anderson.

There's also been rising interest among human resource managers and companies looking to boost morale in the workplace, she says.

That echoes the trend seen by Tim Sharp, a clinical psychologist based in Sydney who is the founder of The Happiness Institute, which runs positive coaching and courses for individuals and organizations.

"Rather than just wanting to boost happiness, people want to build resilience to get through difficult times," Sharp, who will lead a panel on happiness at work at the upcoming conference, told CNN.

While anxiety about financial matters may be on the rise, past research suggests overall happiness is not correlated to economic well being, according to Ruut Veenhoven, director of the World Database of Happiness, which documents research findings on the enjoyment of life.

Veenhoven, who is also editor of the Journal of Happiness Studies and professor at Erasmus University Rotterdam in the Netherlands, studied the impact of the 1980-1982 recession on happiness levels in Western European nations.

He says that while worries about money matters did rise, average levels of happiness were not significantly affected. "The general conclusion was that economic ups and downs don't really affect overall happiness in rich countries," he says

There's been an upsurge in the number of researchers studying happiness since he first started working in the field in the 1960s, says Veenhoven, who isn't involved in the upcoming conference.

The big trend is that people are getting happier, he says. "We know that most people are happy, so people know happiness is possible and more or less in their own hands."

All About Dalai Lama • Mental Health • Health and Fitness