(CNN) -- One out of three Americans under 65 were without health insurance at some point during 2007 and 2008, according to a report released Wednesday. 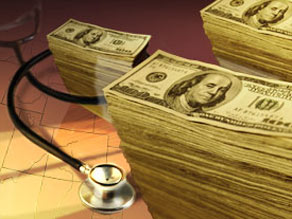 With respect to health care reform, "the cost of doing nothing is too high," says Families USA.

The study, commissioned by the consumer health advocacy group Families USA, found 86.7 million Americans were uninsured at one point during the past two years.

Among the report's key findings:

• Nearly three out of four uninsured Americans were without health insurance for at least six months.

• Almost two-thirds were uninsured for nine months or more.

• Four out of five of the uninsured were in working families.

• People without health insurance are less likely to have a usual doctor and often go without screenings or preventative care.

"The huge number of people without health coverage is worse than an epidemic," Ron Pollack, executive director of Families USA, said in a press release. "Inaction on health care reform in 2009 cannot be an option for the tens of millions of people who lack or lose health coverage each year ... the cost of doing nothing is too high."

The study came out the day before President Obama plans to hold a health care summit at the White House. The President says reforming health care is one of his top priorities.

The number of Americans without health insurance reported by Families USA is much higher than those reported by the U.S. Census Bureau. According to the census numbers, in 2007 there were 45.7 million uninsured Americans.

Families USA says those numbers tell only part of the story. The Census bureau counts only people who were uninsured for the full calendar year. For its own study, Families USA commissioned The Lewin Group to analyze data from the Census Bureau and the Agency for Healthcare Research and Quality. Its study includes people who did not have health insurance for all or for part of the past two years.

Critics say the number of uninsured Americans cited in the Families USA report is misleading. "No one disagrees we have a problem with the uninsured," says Douglas Holtz-Eakin, who advised Sen. John McCain on domestic and economic policy during the 2008 election.

But Holtz-Eakin thinks Families USA is exaggerating the numbers to make a political point the day before the White House summit. "They are simply choosing to report over a two-year window a measure that always gives you a larger number."