(CNN) -- Nearly half of the guidelines issued to cardiologists by the country's leading heart organizations are based on low levels of evidence, according to a study published in the Journal of the American Medical Association. 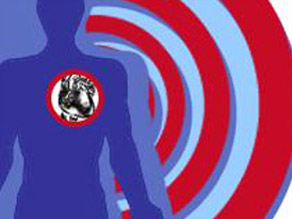 The finding underscores the need to improve the way research is carried out and guidelines are written, researchers said.

"I think it's very eye-opening and I think it should start some serious discussion on how we can improve the research system here and how we can provide useful information to the clinician who every day faces problems with patients," said Dr. Pierluigi Tricoci, a faculty member at Duke Clinical Research Institute in Durham, North Carolina, and the lead author of the study.

He and his co-authors reached their conclusion after combing through more than 20 years worth of practice guidelines published by the American College of Cardiology and the American Heart Association. They determined the class of each recommendation -- I, II or III, with I being the strongest -- and the levels of evidence -- A, B or C, with A being the strongest.

A recommendation based on evidence C "has no evidence to support it, other than anecdotal," Tricoci said. "The opinion of some expert [about the] so-called standard of care."

The widespread lack of data has left cardiologists in a quandary, he said. "There are several areas in cardiology where there has not been enough research done, so there is not enough supporting evidence," he said.

Tricoci ticked through a list of examples: How long should patients get clot-inhibiting medication after a heart attack? Should patients with kidney disease be treated with the clot-busting procedure called angioplasty? What is the best dose of aspirin to give to someone who has had a heart attack? Which patients with coronary blockages should be given bypass? Which should get angioplasty? And which should get nothing at all?

In an editorial accompanying the study, Drs. Terence M. Shaneyfelt and Robert M. Centor, of the Department of Medicine at the University of Alabama School of Medicine in Birmingham, said the most widely recognized bias in guidelines is financial.

"Guidelines often have become marketing tools for device and pharmaceutical manufacturers," they wrote.

"Only when likely biases of industry and specialty societies have been either removed or overcome by countervailing interests can impartial recommendations be achieved."

They called for guideline development to be centralized by the federal government, but expressed doubt that major changes would be made, "because many guideline developers seem set in their ways."

One who apparently is not is Dr. Sidney C. Smith Jr., who not only helped write the journal article critical of the guideline-setting process, but also serves on the committee that sets the ACC/AHA guidelines.

Still, it may not be feasible to expect guidelines to provide answers to all possible scenarios, said Dr. Doug Weaver, president of the American College of Cardiology and head of cardiology at Henry Ford Hospital in Detroit, Michigan.

"We are never going to fill all the gaps," he told CNN in a telephone interview. "It is just not going to ever be possible, in that there are so many things that will never be adequately studied to have definitive evidence," he said.

Nevertheless, guidelines remain important, even in the absence of hard evidence, he said.

"I certainly wouldn't want 1,000 doctors making 1,000 different decisions," he said. "We have enough of that already."

Weaver, who sits on data and safety monitoring boards of industry-funded clinical trials, said the message for readers of the study is complicated.

"What they should take away from it is that not all the answers are always known about what constitutes the best possible care for patients," he said.