(CNN) -- Antibodies taken from humans could provide protection from lethal strains of influenza, including the bird flu and the 1918 Spanish flu strain, according to research published this week. 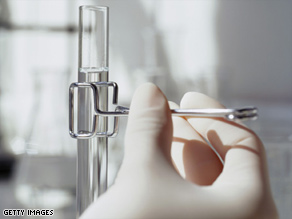 Scientists found that some antibodies protected mice from illness caused by the bird and other flu viruses.

It has yet to be tested on humans, but scientists expressed optimism in using antibodies to defend against various types of the flu. Antibodies are proteins that the immune system produces to fight harmful substances in the body.

The research, funded by National Institute of Allergy and Infectious Diseases and the Centers for Disease Control and Prevention, was conducted on mice and cell cultures. The findings appear online this week in Nature Structural & Molecular Biology.

Scientists from the Dana-Farber Cancer Institute in Boston, Massachusetts, the Burnham Institute for Medical Research in La Jolla, California, and the CDC collaborated on the research.

"We pooled our distinct expertise to isolate and characterize a novel family of human antibodies," said Robert Liddington, director of the Infectious Disease Program at the Burnham Institute. "We were surprised and actually delighted to find that these antibodies actually neutralized a majority of other influenza viruses, including most of the regular, seasonal flus."

Antibodies are already used for treatments for cancer and autoimmune diseases. But scientists have found that several of the human monoclonal antibodies protected mice from illness caused by the bird and other influenza A viruses.

Seasonal flu kills more than 250,000 people worldwide. The more virulent strains, like the bird flu strain called H5N1, has killed or resulted in the deaths of millions of birds in several countries. More than 400 people have been infected with bird flu since 1997. Humans infected with the bird flu have a 65 percent mortality rate.

In other research on the bird flu, teams of scientists from China and France used a highly technical process to identify key area of the H5N1 bird flu virus which enables it to copy itself, and indicated that the discovery could lead to new drugs to fight the infection.

Researchers in this latest discovery said human antibodies show promise against most types of flu viruses. The laboratory mice were protected even when they were administered the antibodies three days after being infected with strains of the flu.

"These antibodies have an important therapeutic potential and also pave the way for generation for a different kind of universal vaccine," said Dr. Ruben Donis, a researcher in the CDC's Influenza Division.

Among billions of monoclonal antibodies, scientists found several that were effective against four major strains of the bird flu. The human antibodies bound to an obscure region of the flu virus and prohibited it from changing shape to cause infection in cell cultures and mice.

Wayne Marasco, an associate professor of medicine at the Dana-Farber Cancer Institute and Harvard Medical School, said the next step is to test the antibodies in ferrets, and then to develop an appropriate version for human clinical trials as soon as 2011 to 2012.

If the antibodies are tested to be safe and effective, it could take several years to develop a licensed product, according to a press release from the National Institutes of Health.

"These are fully human monoclonal antibodies -- no further engineering has to be done," Marasco said. "The antibodies we characterize in our published works are molecules to go into clinical trials and hopefully one day, will be approved for into human treatment."

Liddington said the antivirals can be very effective in case of a pandemic outbreak, but needs to be used judiciously and approved by the U.S. Food and Drug Administration.