ATLANTA, Georgia (CNN) -- Consumer advocate Clark Howard revealed to listeners of his radio show on Wednesday that he has prostate cancer. 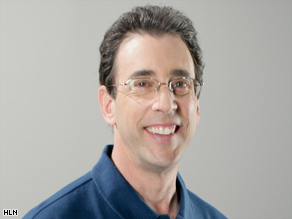 Howard is one of the best-known consumer experts in the country. He has a nationally syndicated radio show and a new weekend show on CNN sister network HLN. He also has written several books on consumer issues, including two that made The New York Times best-sellers list.

"I just wanted to give it to you right form the horse's mouth, what's going on with me," Howard, 53, told listeners Wednesday during this radio show.

The cancer was detected recently in its early stages, he said. His doctors had monitored his health for about 2½ years after a routine test came came back with unusual results. The test was a Prostate-Specific Antigen (PSA) test to measure antigen, substances that stimulate an immune response in the body.

If PSA levels are up, the chances of prostate cancer rise, and Howard's levels were such that his doctor gave him PSA tests every 90 days to monitor antigen levels.

He also had biopsies to test for cancer. The fourth and most recent biopsy found a "very, very small isolated pocket of cancer," Howard said.

"Prostate cancer caught early is not a walk in the park, but is not really that big a deal," Howard said. "I just wanted to clear the air because rumors take on a life of their own."

According to the American Cancer Society, one in six men will get prostate cancer in their lifetimes, and one in 35 will die of the disease.

Although its numbers are not yet complete for 2008, the organization estimated that during that year, there were about 186,320 new cases of prostate cancer diagnosed in the United States and about 28,660 men died from the disease.

There are various options for treating prostate cancer, all with different approaches. The American Cancer Society recommends considering things such as age, other serious health problems, stage of the cancer and side effects of treatment when selecting a method of treatment.

Howard said his main point in talking about his diagnosis was to increase awareness among men.

"Guys put themselves in danger by not going to the doctor," he said.

He spoke to female listeners as well as the men.