After 10 bodies, search of sex offender's home to continue 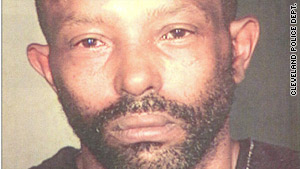 (CNN) -- Investigators will continue their grisly dig Wednesday after finding that the Cleveland, Ohio home of a convicted sex offender had been turned into a tomb holding at least 10 bodies.

Fire officials were scheduled to help in the search inside the house of Anthony Sowell, with plans to tear into walls and floors of the three-story home for more remains.

"I like to believe there is nothing else more there, but we will not know until we finish the search," said Cleveland Police Chief Michael McGrath. "It appears that this man had an insatiable appetite that he had to fill."

He had been arrested Saturday, two days after police discovered the decomposing bodies of five females inside his home and another woman's body outside the house.

Four more bodies were discovered Tuesday buried in the yard behind the home, police said. A skull wrapped in a bag was also found in a bucket in the basement.

Authorities had not yet identified any of the victims. Because of the conditions of the bodies, authorities would have to conduct the lengthy process of DNA tests, McGrath said.

The first six bodies found last week were all African-American women and five of them had been strangled, McGrath said.

"I can imagine how families feel who have reported a missing person, and the anxiety that they are going through," Cleveland Mayor Frank Jackson said. "And we want to assure them as soon as we know something they will be the first to know."

And as investigators poured through missing person's reports, some in the area wondered how long the home in their neighborhood had been turned into a graveyard.

"We never known about him," neighbor Mike Edwards, told CNN-affiliate WKYC. "Right there in the house. Right there and I lived here all of my life."

Sowell pleaded guilty to attempted rape in a 1989 case and was imprisoned from 1990 to 2005, police said. Since his release from prison he was listed as living at the Cleveland home where the bodies were found, McGrath said.

Authorities from the Cuyahoga County Sheriff's Office checked on Sowell regularly and last checked on him September 22 to confirm his address and found no problems, McGrath said.

Police began to get suspicious of Sowell about a month ago, after a woman accused him of rape and assault, said Cleveland Lt. Thomas Stacho.

Investigators obtained the warrants that set off the search after getting the "cooperation of the victim," he said.

"He walks around and picks up scrap metal and takes it to junk yards to make a few pennies," he said.