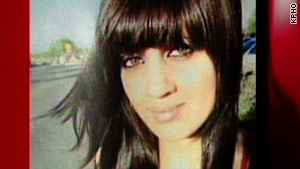 Noor Faleh Almaleki moved with her family to the U.S. from Iraq in the mid-1990s, a police spokesman said.

(CNN) -- A 20-year-old woman from Iraq has died in an Arizona hospital, nearly two weeks after her father, police say, ran her over with a car because she had become "too Westernized."

Noor Faleh Almaleki died Monday of injuries suffered when she was run over October 20 in a parking lot in the Phoenix suburb of Peoria, Arizona, police there said. Authorities said they expect to change the aggravated assault charge against her father, Faleh Hassan Almaleki, 48, to more severe counts after meetings with prosecutors, Peoria police announced.

Peoria police said Faleh Hassan Almaleki believed his daughter had become "too Westernized" and had abandoned "traditional" Iraqi values. Peoria police spokesman Mike Tellef told CNN the family moved to the Phoenix area in the mid-1990s, and Almaleki was unhappy with his daughter's style of dress and her resistance to his rules.

After the incident, Almaleki's father drove to Mexico, abandoning his vehicle in Nogales, Peoria police said. He then made his way to Mexico City and boarded a plane to Britain, where authorities denied him entry into the country and put him on a plane back to the United States, police said.

A friend of the daughter, Amal Edan Khalaf, 43, also suffered serious injuries in the attack, police said. Almaleki faces a separate aggravated assault charge in connection with her injuries.

He is currently held in Phoenix, with bail has been set at $5 million, Tellef said.