(CNN) -- A 22-year-old woman whose claims that she was abused in a trailer in rural West Virginia in 2007 helped send six people to prison now says she made up the story, her lawyer said Wednesday. 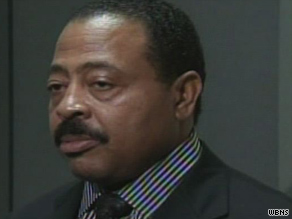 Attorney Byron Potts says his client is not being pressured to recant her story.

"She is recanting her entire story," attorney Byron Potts told reporters in Columbus, Ohio, about his client, Megan Williams, who moved there after the incident. "She says it did not happen. She fabricated it."

He added, "She wanted to get back at her boyfriend. She was mad at him."

In 2007, police acting on a tip found the black woman in a trailer with cuts and bruises. She said she had been stabbed in the leg and beaten, sexually assaulted, forced to eat feces and subjected to a racial slur by her white captors.

The suspects included a mother and son, a separate mother and daughter, and two men. All are still jailed, according to the prosecutor who handled the case.

The incident, which drew extensive media coverage, stirred outrage around the country. Civil rights activist the Rev. Al Sharpton called for the incident to be investigated as a hate crime.

Last year, all six defendants pleaded guilty and were given terms of up to 40 years in prison.

Potts said his client was coming forward "to right the wrong perpetrated on these six individuals." He added that she told him all her injuries except for the bruises on her face were self-inflicted. The bruises, he said, were from an altercation she had had with her then-boyfriend before the incident in question.

Potts described Williams' feelings as "total remorse; that's why she's coming forward. She is remorseful for having these people spend time in jail."

Williams had been expected to speak herself, but Potts said she would not appear before the news media because she was afraid for her safety.

He said she was "fully aware" that she might face criminal charges, "but she still wanted to go forward with this."

Brian Abraham, the former Logan County prosecutor who handled the case, defended the convictions. "The case wasn't based on her statements," he said, noting that Williams never testified in the case. "The case was based on the evidence discovered by the police, including the confessions of the six defendants."

He added, "All six of them have been in jail without filing appeals. If they file something afterwards, the evidence was pretty overwhelming for the charges on which they were convicted."

The current county prosecutor, John Bennett, said he could not comment on whether the case would be reopened. He said he represented one of the suspects in 2007 and so would let a judge decide how to handle the potential conflict of interest.

Sharpton said, "If they are being held under false information and she misled authorities, and if the authorities went solely on her testimony, then they should be released." But he added, "If there are other circumstances around the recanting, we should know what they are."

All About Sexual Offenses • West Virginia