WASHINGTON (CNN) -- A former U.S. government scientist who served in sensitive positions on classified aerospace projects has been arrested and charged with trying to deliver classified information to someone he thought was an Israeli intelligence official. 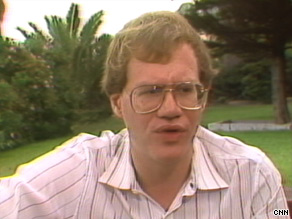 Stewart David Nozette of Chevy Chase, Maryland, was taken into custody Monday afternoon at the Mayflower Hotel by FBI counterespionage agents, and was expected to appear in a federal courtroom in Washington on Tuesday.

The criminal complaint does not accuse the government of Israel of any violations of U.S. law.

In an 18-page affidavit, the FBI sets out the case against Nozette, 52, who received a doctorate in planetary sciences from Massachusetts Institute of Technology.

The FBI document, signed by Special Agent Leslie G. Martell, says Nozette in January 2009 told a colleague "that if the United States government tried to put him in jail" on an unrelated matter, Nozette would move to Israel or another unidentified foreign country and "tell them everything" he knows.

Nozette had a "top secret" clearance, and served at the White House on the National Space Council for President George H.W. Bush, the affidavit says. Later, from early 2000 to early 2006, he did research and development for the Defense Advanced Research Projects Agency, the Naval Research Laboratory, and NASA's Goddard Space Flight Center, it says.

The document says Nozette also acted as a technical consultant from 1998 until early 2008 "for an aerospace company that was wholly owned by the government of the state of Israel."

The company consulted with Nozette monthly, getting answers to questions, and he received total payments of $225,000, Martell's affidavit says.

In early September, Nozette was contacted by phone by an individual purporting to be an Israeli intelligence officer, but who really was an FBI undercover agent, the document says.

They met in downtown Washington in front of a hotel, and over lunch, Nozette "demonstrated his willingness to work for Israeli intelligence," it says.

The undercover agent engaged in a series of meetings with Nozette, and eventually Nozette allegedly provided "secret" information in a "dead drop" post office box. Some of the information, the affidavit says, was classified as secret.

Nozette will make an initial appearance at 1:45 p.m. Tuesday before a federal magistrate judge in Washington. If he is convicted, he could face up to a life sentence, officials said.

All About Federal Bureau of Investigation • Israel