Editor's note: The following story, based on testimony in Phillip Garrido's trial for a 1976 kidnapping, contains some sexually explicit material. 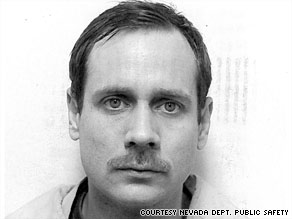 Phillip Garrido is show in an early mug shot taken in connection with the 1976 rape and abduction case.

(CNN) -- Fifteen years before the girl was held captive in the shed, there was the woman in the warehouse -- and at least one other woman who escaped capture.

Phillip Garrido, who with his wife is charged in the 1991 kidnapping of Jaycee Dugard, had been convicted of kidnapping before.

When he stalked, kidnapped and raped Katie Callaway Hall on November 22, 1976, he fulfilled an overpowering sexual fantasy that he had methodically planned for weeks, according to court records obtained by CNN.

He told police it was his second kidnapping attempt of the day.

Those facts came to light in Garrido's 1977 trial, in which he was convicted and sentenced to 50 years for kidnapping and rape. In her testimony, Hall said Garrido asked for a ride in her car, then bound and handcuffed her before taking her to a small warehouse in Reno, Nevada, where he repeatedly raped her for 5½ hours.

It was not an act of impulse. "He told me he had been renting it [the small warehouse] for a couple weeks, preparing it," Hall testified.

Watch how Garrido prepared for and explained the kidnapping »

It is CNN policy to withhold the identity of alleged victims of sexual assault. But in this case, Hall recounted her ordeal last week in an interview on CNN's "Larry King Live," saying it changed her life forever. "I had to tell everyone I met what had happened to me -- because I didn't feel like myself. It was as if I had to explain why I wasn't 'normal,' " she said.

She was not his first victim that day. The trial transcript reveals that Garrido told authorities that one hour before Hall's kidnapping, he tried to kidnap another woman, who wrestled away and escaped.

And, police in Antioch disclosed last week that Garrido was charged with raping a 14-year-old in 1972, but the charges were dropped because the victim refused to testify.

In the case involving Hall, CNN reviewed the 1977 trial documents, which include Garrido's psychiatric evaluation and the testimony of Hall and Garrido. The documents reveal a pattern of behavior that Garrido is accused of repeating in the 1991 kidnapping of Jaycee Dugard, who was recently found after being kept in a shed for 18 years.

The 32-year-old documents also detail Garrido's self-described struggle with drugs and his efforts to control his sexual obsessions.

Can sex offenders be cured? »

Garrido and his wife, Nancy, have pleaded not guilty to charges involving Dugard's abduction, but police say he admitted kidnapping her in his initial interview.

Police say Garrido and his wife kidnapped Dugard outside her home in South Lake Tahoe, California, and took her to an elaborate compound hidden in the backyard of their Antioch, California, home more than 160 miles away.

Tucked behind overgrown trees and a fence were tents, outbuildings and a soundproof shed where Dugard lived with the two daughters she had with her captor.

Garrido took great pains to make sure nobody could find the camp, not even the parole officer who visited twice a month at times, police said.

Hall, too, was taken directly to a carefully prepped small warehouse after her kidnapping. As they drove from South Lake Tahoe, California, where she was abducted, to Reno, she tried to persuade Garrido to rape her in the bushes.

"I asked him, couldn't we just pull over and get it over with," she testified.

But Garrido was determined.

"You might as well get that our of your mind; you are going with me, you have got no choice," Hall testified Garrido told her, according to court transcripts. "I have it all planned."

He had set up the mini-warehouse in Reno exactly as he wanted, and worked to ensure nobody would inquire about it. He asked a man who lived in a storage unit 30 feet away to call him should any unknown vehicles show up.

The mini-warehouse was meticulously furnished. On the other side of an unassuming metal, garage-style door, the walls were covered in long, heavy rugs hanging from the ceiling. Thick opaque plastic sheets were scattered throughout, creating a maze-like atmosphere that prohibited anyone from seeing all the way through, Hall testified.

In the back, Garrido created a space set up like a stage. At the center was a mattress covered with an old, red satin, hole-ridden sheet and a fur blanket, Hall testified. Illuminating the bed were red, yellow and blue stage lights, with a stack of pornographic magazines and a projector alongside it.

His intent, a prosecution psychologist said, couldn't have been clearer based on the methodical planning. From the moment she got to the mini-warehouse, Hall said it was clear to her Garrido was a man on a mission.

"He knew what he was doing," she testified. "[He] knew exactly how he was going to do it."

She testified that it was there that he raped her for 5½ hours. As he drank wine and she smoked a small bit of hashish, Hall said she kept track of the time by listening to a radio, which regularly announced the time.

Hall didn't know that she wasn't originally part of the plan, although Garrido alluded to the fact he hadn't targeted her, saying it wasn't intentional that she was taken.

"Could have been anybody," Hall recalled him saying, adding he told her it was her fault because she was attractive.

He didn't say that his original plan had gone awry one hour earlier.

Despite his planning, there was one thing Garrido hadn't accounted for -- that one of his intended victims would fight back.

One hour before Hall was kidnapped in her own vehicle, Garrido asked a different woman in South Lake Tahoe, California, for a ride. Like Hall, she obliged. But when he tried to handcuff her, he only secured one hand.

"She jumped out of the vehicle, struggling with him," prosecutors told the judge during a private conversation during the trial.

When he unlocked the one handcuff, she escaped by jumping out of the moving car and running up the street.

That kidnapping attempt came to light in a conversation between the prosecutor, defense attorney and judge in the case, according to the trial transcript. Despite prosecutors' wishes, the details of the first kidnapping attempt were kept from the jury, after a judge ruled they weren't necessary to prove Garrido's intent to kidnap.

The court documents also discussed Garrido's use of marijuana, cocaine and LSD, which Garrido said was so heavy it fueled his sexual desires and sometimes pushed him to a point he could no longer control them.

An interest in young girls

Though police have recently said they never expected Garrido would have kidnapped someone as young as Dugard based on his record, Garrido's own words during his trial showed young girls did grab his attention.

Watch how Garrido slipped through the cracks »

His own explanation of his sexual fantasies hinted at an obsession with sexual bondage and captivity.

"There has been a type of bondage pictures," he said, when asked if certain images heightened his arousal. "Women in handcuffs, chained."

On the night he took Hall captive and bound her with a leather strap in her car, he said he took four hits of LSD, a drug that he said he used daily for at least four years, sometimes taking up to 10 hits at a time.

He said when he used the drug it acted as a sexual stimulant.

"I had this fantasy that was driving me to do this inside of me," Garrido testified. "Something that was making me want to do it without -- no way to stop."

Garrido said the urges would strike and continue to build until he was "overcome" with sexual cravings.

Hall was curious, too, even during her kidnapping, what would make Garrido do this to her. So she asked him.

"He said that he didn't get off on pain," Hall recalled during her testimony. "It was just a fantasy he had to live out."