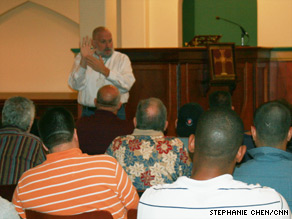 See where the John Schools are »

Carol Leigh, a member of the Sex Workers Outreach Project, a group that promotes decriminalizing prostitution in California, said she doesn't believe the program is an effective deterrent.

A recent study by the Chicago Alliance Against Sexual Exploitation conducted among johns in Chicago, Illinois, found that 41 percent of them said John School would deter them from buying sex, compared with 92 percent who said being placed on a sex offender registry would scare them from re-offending.