Man gets 4 years for crashing plane, trying to fake death

(CNN) -- A man who crashed his plane in the Florida Panhandle in an apparent attempt to fake his death was sentenced Wednesday to more than four years in federal prison, officials said. 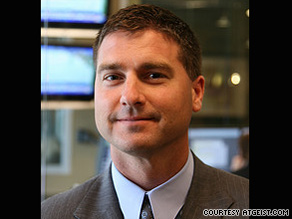 Marcus Schrenker was accused of defrauding investors through companies he owned in Indiana.

Marcus Schrenker, 38, of McCordsville, Indiana, pleaded guilty in June to charges of destruction of an aircraft and causing the Coast Guard to respond when no help is needed.

He was sentenced to 51 months in prison Wednesday, said a spokeswoman for the U.S. attorney's office in the northern district of Florida.

Schrenker also must pay the Coast Guard more than $34,000 in restitution and must pay Harley-Davidson Credit Corp., the plane's lien-holder, more than $871,000, the U.S. attorney's office said.

However, the payment to Harley-Davidson will be offset by any amount the company receives from insurance, prosecutors said in a statement.

Authorities believe that Schrenker hatched the plot for the January crash after investigators with the Indiana secretary of state's office searched his home and business on December 31.

He has been charged in Indiana with one felony count each of an unlawful act by a compensated adviser and unlawful transaction by an investment adviser. Authorities have said they think he defrauded investors through three companies he owns in a suburb of Indianapolis, Indiana.

On January 11, Schrenker took off alone from Anderson, Indiana, in a Piper PA46 plane, saying he was headed for Destin, Florida. While over Alabama, he contacted air traffic controllers, saying that the windshield had imploded and that he was injured and bleeding profusely.

"The defendant stated to air traffic controllers that he was not going to make it," according to documents filed in court providing a factual basis for Schrenker's guilty plea. Schrenker agreed to the facts, the documents said, and they were read aloud during his change of plea hearing in June.

After Schrenker made that statement, his aircraft leveled off, and he remained at 3,500 feet while he made course corrections taking him closer to Harpersville, Alabama, where he had stored a motorcycle in a storage facility, the documents said.

Over the nearby town of Childersburg, Alabama, Schrenker jumped from the aircraft. The Coast Guard Investigative Service later recovered cut lines from tree branches and a parachute with a serial number that was traced to Schrenker, court documents said.

The Coast Guard dispatched rescue helicopters from New Orleans, Louisiana, and Mobile, Alabama, in case the plane crashed on land and sent two cutters in case it crashed into the Gulf of Mexico, prosecutors have said.

Meanwhile, two F-15 fighter jets were scrambled and located the plane in the air near Birmingham, Alabama. The pilots reported that the plane's window was intact, its door was open, no pilot was on board, and the plane appeared to be on autopilot, according to affidavits filed in the case.

The jets followed the plane until it crashed near the Blackwater River in East Milton, Florida, according to court documents. Authorities said it missed a group of homes by 50 to 75 yards. Although the plane was severely damaged, investigators found that its windshield and windscreens were not damaged and that there was no blood inside the plane, the documents said.

In a search of the plane, authorities found handwritten notes on the inside back cover of a campground book, saying among other things, "windshield is spider cracking," "doors open," "bleeding very bad" and "graying out," the documents said.

Meanwhile, Schrenker fled Harpersville on his motorcycle and traveled to a campground in Florida, where he was arrested by the U.S. Marshals Service on the outstanding charges from Indiana, according to court documents.

When found, authorities said at the time, Schrenker was bleeding from cuts on his wrists after an apparent suicide attempt. He was briefly hospitalized before being taken into custody.

Examining Schrenker's computer, authorities found Internet searches on how to jump from airplanes and how to open a parachute, among other subjects, the court documents said.

When questioned by federal officials, Schrenker claimed that his windshield struck him in the face and his door malfunctioned, the court documents said.

Authorities then "presented various pieces of evidence showing his claims to be untrue," and Schrenker admitted that he called in a false distress message and had intended the plane to crash into the Gulf of Mexico, the documents said.

Indiana officials agreed to allow the federal case against Schrenker to proceed before seeking to extradite him, prosecutors have said.

All About Marcus Schrenker • Indiana • Florida