(CNN) -- A man who shot three women dead in a Pennsylvania gym was studious and quiet, according to a woman in a self-help seminar he attended. 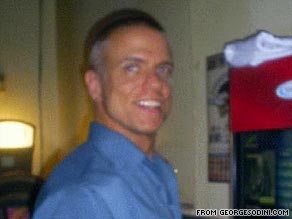 George Sodini, 48, posted at least two videos on YouTube last year, apparently referring to a desire for a girlfriend in both. Videos of Sodini at a Los Angeles, California, workshop surfaced on the video-sharing site Thursday, two days after he opened fire at a LA Fitness center outside Pittsburgh.

Heidi Overmier, 46, of Carnegie, Pennsylvania; Elizabeth Gannon, 49, of Pittsburgh; and Jody Billingsley, 38, of Mount Lebanon, died in the shootings. Authorities said nine others were wounded by Sodini before he turned the gun on himself.

"He was really, really quiet, he took a lot of notes," said Erin Micklow, 20, who was hired last year to work at a self-help seminar Sodini attended on how to date women.

Micklow, a model and an actress, described Sodini as "the most studious in the workshops."

The three-day, eight-hour seminars were run by author and self-described dating expert R. Don Steele. They were designed so that men could "pick our brains" about what women like, said Micklow, who noted that many of the attendees came from across the country because they were nervous about meeting women.

By the end of the workshops, Micklow said "a lot of the guys had loosened up," but "George was pretty much just as nervous."

YouTube videos of the workshops show Sodini, dressed in a white shirt, listening intently to Steele. The lecture focused on everything -- from what color neckties to wear to attract women, to how to get over an overbearing mother.

Online diaries left by Sodini reveal a man tormented by his inability to find a girlfriend to the point of rage.

"Girls and women don't even give me a second look ANYWHERE," he wrote earlier this year. "There is something BLATANTLY wrong with me that NO goddam person will tell me what it is."

"George didn't seem like a bad person," she said. "He was there for self improvement."

Shortly after the seminar, Sodini made a YouTube video in which he gave a tour of his house in Pennsylvania. Micklow said that was a homework assignment.

Micklow said the video was an exercise in making one's home more attractive to women, which she then critiqued online. Beyond that, Micklow said she had no further contact with him.

The video was uploaded in February 2008. By November, Sodini had started online diaries describing his plans for an attack on young women at his gym.