(CNN) -- He felt lonely, said he hadn't had a girlfriend since 1984. He said his father didn't love him. And he detailed plans to kill young women. 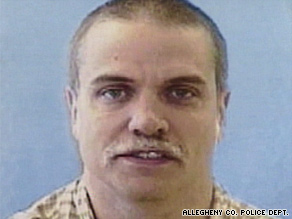 The gunman, George Sodini, apparently left behind an online diary that detailed his loneliness.

George Sodini, the 48-year-old man police blame for killing three women and wounding 10 others in a suburban Pittsburgh gym, left behind an online diary that is as shocking in places as it is profane in others.

It offers a rare glimpse into the mind of a suspected killer who police say walked into an aerobics class, turned off the lights and fired more than 50 rounds from multiple handguns.

"Why do this?? To young girls? Just read below. I kept a running log that includes my thoughts and actions after I saw this project was going to drag on," the diary begins.

Watch how Sodini may have targeted a woman »

It seems almost formatted, like a résumé, with Sodini's date of birth and date of death. The date of death is listed as Tuesday, the day of the shootings at an LA Fitness center outside Pittsburgh, Pennsylvania. Read an edited version of the diary (PDF)

A law enforcement source who identified the shooter said Sodini was a member of the gym. The source provided a month and year of the suspect's birth that matches the month and year listed for Sodini in the online diary.

The Web site where the diary appears is registered to George Sodini of Pittsburgh. It lists an address in or near Scott Township; the law enforcement source said Sodini lived in Scott Township.

Throughout the log, Sodini refers to a shooting that he is planning as an "exit plan."

"Planned to do this in the summer but figure to stick around to see the election outcome," it says.

The December 22 entry says: "Time is moving along. Planned to have this done already. I will just keep a running log here as time passes. Many of the young girls here look so beautiful as to not be human, very edible. After joining this gym, started lifting weights and like it."

In an entry dated January 5, he laments, "Every evening I am alone, and then go to bed alone. ... Why should I continue another 20+ years alone? I will just work, come home, eat, maybe do something, then go to bed (alone) for the next day of the same thing. This is the Auschwitz Syndrome, to be in serious pain for so long one thinks it is normal. I cannot wait for tomorrow!"

Then he loses his nerve.

"It is 8:45PM," reads an entry dated January 6. "I chickened out! [Expletive] I brought the loaded guns, everything. Hell!"

A May 5 entry outlines a technique.

"To pull the exit plan off, it popped into my mind to just use some booze," the entry reads. "After the gym, I stopped at Shop N Save and got a fifth of vodka and a small bottle of Jack Daniels."

The diary recounts a failure with women and a growing anger.

"There are 30 million desirable women in the US (my estimate) and I cannot find one," a May 18 entry reads. "Not one of them finds me attractive. These problems have gotten worse over a 30-year period. I need to expect nothing from me or other people."

The entry from Monday recounts practice for a shooting.

"I took off today, Monday, and tomorrow to practice my routine and make sure it is well polished. I need to work out every detail, there is only one shot. Also I need to be completely immersed into something before I can be successful."

The next day, around 8 p.m., a gunman with a gym bag strode into the LA Fitness gym, turned off the lights and started shooting without saying a word, police said.

Investigators found his body lying atop one of his guns, about 7 feet from a woman he shot.

All About Murder and Homicide • Pittsburgh