(CNN) -- The mother of a missing 2-year-old Indiana girl said police are working "around the clock" to find her daughter, who was apparently taken from a parked car while her baby sitter was in a convenience store. 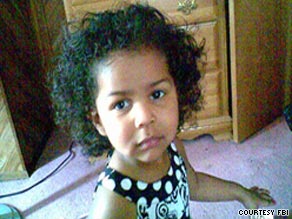 Jada Justice was last seen about 9:40 p.m. on June 16 when her cousin stopped at a convenience store.

Jada Justice was last seen about 9:40 p.m. on June 16, when her 18-year-old babysitter and cousin stopped at a Gary, Indiana, convenience store to buy milk and cigarettes.

The baby sitter, identified as Engelica Castillo, told authorities that when she came out, Jada -- who had been in the back seat of the car and in a car seat -- was gone.

Asked by HLN's Nancy Grace if she questioned why Castillo left Jada in the unlocked car -- which was parked to the side of the gas station, not in front -- Jada's mother, Melissa Swiontek, said Tuesday, "I've asked her, and she just keeps telling me 'I don't know, I don't know. I was just running in real quick.' "

Prosecutors met Monday with authorities to review the case, but are waiting to see how the case plays out before taking action, said Diane Poulton, spokeswoman for the Lake County prosecutor's office.

Swiontek told Grace she had spoken with the attendant at the gas station, who confirmed Castillo was there, and said her demeanor was normal until she left and then returned "hysterical."

Authorities have received more than 100 tips, and leads are being followed, Wendy Osborn, spokeswoman for the FBI's Indianapolis, Indiana, office, said on Wednesday.

Swiontek said Jada had never opened a car door and Swiontek said she didn't believe Jada could have opened the door of Castillo's car, which Grace reported was a 1991 Cadillac.

Jada is described as an African-American child about 2 feet 2 inches tall and weighing 35 pounds, with black hair, brown eyes and a light brown complexion. At the time of her disappearance, she was wearing an orange skirt, a white tank top with orange and green stripes, white sandals and purple underwear, the FBI said.

All About Indiana • Missing Children • Federal Bureau of Investigation