(CNN) -- DNA test results reveal that a Michigan man is not a Long Island, New York, boy who went missing 54 years ago, according to the FBI. 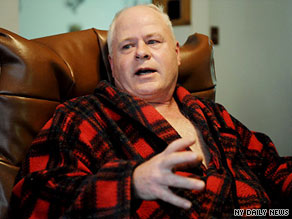 John Robert Barnes, of Kalkaska, Michigan, approached police in New York twice in March claiming to be Steven Damman, a toddler who vanished while on a shopping trip with his mother in 1955.

Barnes tracked down Pamela Damman Horne, Steven's sister, and the two had private tests performed that showed a "probability" they were siblings, according to Nassau County, New York, detective Lt. Kevin Smith.

But samples from Barnes and Horne analyzed by the FBI Laboratory in Quantico, Virginia, determined that they do not share the same mother, the FBI in Detroit said Thursday.

Sandra Berchtold, spokeswoman for the FBI Detroit bureau, said the FBI follows strict testing protocols and used mitochondrial DNA to determine Barnes and Horne were not linked to the same mother.

Marilyn Damman took her toddler, Steven, and his baby sister, Pamela, to a food market in East Meadow, Long Island, in 1955. The mother went inside to do some quick shopping, leaving her 2-year-old son and baby girl in the stroller outside.

But Damman told authorities that when she returned, her children were gone. A short time later, blocks away, the baby girl was found unharmed and the stroller was intact, but Steven was missing, Smith said.