NEW YORK (CNN) -- Attorneys for Casey Anthony, accused in the death of her 2-year-old daughter Caylee, will not be forced to say publicly who is funding her defense, a judge decided Wednesday. 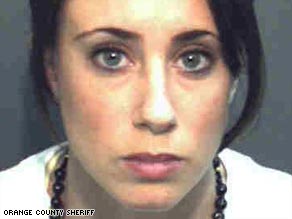 Prosecutors want to know how Casey Anthony is paying her legal fees.

Asked in a hearing who, if not his office, is paying the tab for experts, defense attorney Jose Baez asked Orange County Circuit Judge Stan Strickland if he could answer behind closed doors.

The question, Baez explained, "puts us in a level of confidentiality" in which he preferred to answer privately.

After a brief, closed-door meeting with prosecutors, defense attorneys and Anthony in an adjacent room, Strickland emerged, saying: "As far as I'm concerned, the matter is resolved ... I think we've covered the bases."

The judge added that he had determined that no conflict of interest existed, but did ask defense attorneys to provide him with copies of their retainer agreements.

Tension between prosecutor Jeff Ashton and Baez ran high during the hearing. As it was concluding, Baez asked the judge to remind prosecutors that everything said in the meeting should remain private.

"We don't need to be reminded of our ethical obligations," Ashton retorted. "That's pretty ... I'm sorry. Yes, we understand."

He sat back down, and Baez asked him if he was all right. "No, I'm not," Ashton snapped.

"You know what, this is getting old," Strickland told the attorneys. "I'm getting tired of this."

Prosecutors had demanded that Anthony show how she's paying for an expensive team of lawyers and expert witnesses, without any known assets.

In a motion filed in Circuit Court in Orange County, Florida, prosecutors wrote: "... the defendant's seeming conversion from pauper to princess did not come from the sale of some tangible asset available to her prior to her initial arrest on charges related to this case.''

The document cited a bond hearing in July at which it was revealed that her parents, George and Cindy Anthony, had ''little, if any, net worth,'' and Casey Anthony had none.

Casey Anthony's only tangible asset, according to prosecutors, is her story ''or otherwise valueless items, such as photographs or video tapes, which have value only because of her story.''

Since Anthony, 23, is behind bars, prosecutors argued, she could not arrange to sell the photos or videos herself.

They say only her attorney, Baez, is in a position to make such deals. Prosecutors argued unsuccessfully thaat this could present a conflict of interest and possibly shape the way Baez handles the case to make the story more valuable.

The defense, in its filed objection, called for an end to "speculation" about how Anthony would pay her legal fees. Baez's retainer agreement ''does not contain any clauses allowing him financial gain based on selling the rights to Ms. Casey Anthony's ''story'', the document stated.

In a sworn affidavit, Anthony said her retainer agreement does not contain any clauses entitling Baez to sell her story or Caylee's.

In handwriting at the bottom of the affidavit, Anthony accuses prosecutor Ashton, of being vengeful

"I believe that Mr. Ashton is angry because I have refused to take a plea agreement for a crime that I did not commit,'' she wrote.

Anthony was arrested on July 16, while Caylee was still missing. The little girl's remains were found in December, wrapped in a plastic trash bag left in the woods near the Orlando home of her grandparents. Police documents say the skull was wrapped in duct tape.