NEW YORK (CNN) -- The stage is set for Bernard L. Madoff to plead guilty to defrauding thousands of investors out of billions of dollars in what is widely believed to be the biggest investment fraud in history. 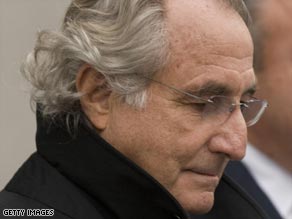 A plea hearing is scheduled for Thursday in U.S. District Court in Manhattan, Assistant U.S. Attorneys Marc Litt and Lisa Baroni wrote in a court filing.

Madoff's attorneys Ira Sorkin and Daniel Horowitz confirmed to CNN that Madoff is waiving his right to a grand jury indictment and that there have been ongoing negotiations regarding a possible settlement.

They would not confirm that Madoff has agreed to plead guilty.

"We obviously have talked to the government," said Horowitz. "And we have been professional with each other." The U.S. attorney's office in Manhattan had no comment.

Legal experts say a defendant waiving his right to indictment usually indicates the case is close to resolution.

"Typically a waiving of indictment is a strong signal that a plea bargain is in the works," said professor John Coffee of Columbia Law School.

The court filing urges potential victims who wish to be heard at the hearing to send notice to the U.S. attorney's office by 10 a.m. on Wednesday.

Madoff, a former chairman of the NASDAQ stock market and founder of an innovative Wall Street trading firm that electronically matched buy and sell orders, is accused of running a massive fraud in which he allegedly used new investment money from clients to fund for other customers.