(CNN) -- A convicted sex offender who was sentenced to death for killing a 9-year-old Idaho boy is scheduled to be arraigned Monday on charges related to the killing of a 10-year-old California boy. 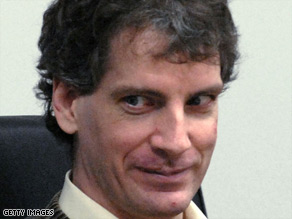 Joseph Edward Duncan III will answer charges in the 1997 abduction and murder of Anthony Martinez.

Joseph Edward Duncan III is expected to appear in court in Riverside County, California, to answer to charges in the 1997 abduction and murder of Anthony Martinez, said a spokesman for the Riverside County District Attorney's office.

Investigators have charged Duncan with murder in Anthony's death.

Law-enforcement officials also are investigating whether Duncan, who committed his first sexual offense at the age of 12, can be tied to other crimes, according to CNN affiliate KTLA in Los Angeles, California.

Martinez was kidnapped on April 4, 1997 from an alley near his home in the city of Beaumont, the station reported; the boy's naked body was discovered a little over two weeks later.

Duncan has confessed to killing Martinez and crushing the boy's head with a rock, KTLA reported, citing court documents.

Authorities reportedly discovered the boy's body by following vultures to a remote section of a nearby canyon. The body was partially buried under a pile of rocks and bound with duct tape, according to KTLA.

Duncan, a high school dropout and drifter, was sentenced to death last August for the torture and murder of Dylan Groene, a 9-year-old Idaho boy.

He was convicted of kidnapping Dylan and his then 8-year-old sister before torturing them at a remote campsite and fatally bludgeoning members of their family.

In 2007, Duncan pleaded guilty to murder and kidnapping counts in state court for the hammer-attack murders of three other Groene family members.

If convicted of murdering Martinez, Duncan can be sentenced to death again.

All About Joseph Duncan • Murder and Homicide