CNN) -- Worldwide trade will plummet by nearly 10 percent this year, and output will fall by 2.9 percent, the World Bank predicted in a report released Monday. 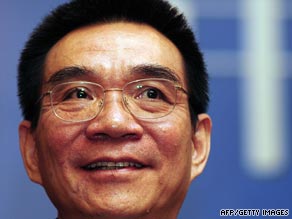 Developing counties will be hit hard by falls in private investment, the Washington-based agency predicted, seeing nearly $1 trillion less in foreign investment this year than they did two years ago.

That could leave developing countries hundreds of millions of dollars short of the money they need to finance their foreign obligations, the bank warned.

"Developing countries are likely to face a dismal external financing climate in 2009," the bank said in a statement accompanying the release of it annual Global Development Finance report.

Industrial production has fallen sharply in the past year, as companies worry that people will not have the money to buy their wares.

The figures are for private investment in developing countries, not government aid.

"The economic recession in the real sectors persists," Justin Lin said, contrasting it with the financial sector.

Gates said that as industrialized nations cut their budgets over the next few years to get deficits down there would be a real question of whether aid money will be untouched or increase.

But if people knew how valuable such aid was, he said, the pressure on governments would be enough to allow it to be a priority.

"When you get young girls into schools and they're literate," said Gates, "not only do they contribute to the economy, but the population growth that is overloading resources and is creating these problems, that starts to go down. And so the portion of the world that needs aid is far less today than it was 50 years ago."

All About Bill Gates • The World Bank Group