What are the most dangerous search terms on the Internet?

HONG KONG, China (CNN) -- If you like to search for "music lyrics" or "free" things, you are engaging in risky cyber behavior. And "free music downloads" puts 20 percent of Web surfers in harm's way of malicious software, known as "malware." 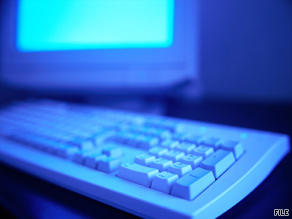 Searches for words such as "free," "music" and "download" put users at increased risk for malicious software.

A new research report by U.S.-based antivirus software company McAfee has identified the most dangerous Internet search words that place users on pages with a higher likelihood of cyber attacks.

"Just in the past year, we've seen a pretty dramatic shift in what we call malware," David DeWalt, president and CEO of McAfee, told Richard Quest for CNN International's "Quest Means Business."

"It went from a hacker in a basement, to organized cybercrime to now, literally, terrorism and other forms of organized geopolitical attacks," he said.

Categories that had the highest risk of run-ins with malware: screen savers, free games, work from home, Olympics, videos, celebrities, music and news.

The study shows how cyber criminals are increasing in sophistication.

"We can have massive outages with a hacker in the basement. We saw that recently with the 'Twitter worm,' a 17-year-old in his basement basically perpetrated tens of millions of (computer) outages. Or, we can see an organized attack bringing down infrastructure," DeWalt said.

Antivirus software companies lag behind the latest developments by cyber criminals, he said.

"We've been way behind, that's true for the entire world, the global infrastructure of the Internet has grown dramatically -- 50 percent of the world's PCs are unprotected," DeWalt said.

Despite the increased risk, DeWalt doesn't believe there will be a "cyber Armageddon" causing widespread destruction of computers and Internet infrastructure.

"Last week, you saw President Obama in the United States talk about a major cyber-security initiative sponsored by the government, other governments are sponsoring this as well," DeWalt said. "I think we're learning this can happen, and if we get ahead of it, we can prevent it."