BAGHDAD, Iraq (CNN) -- The U.S. Army is investigating allegations that Special Forces troops killed an al Qaeda suspect in cold blood and cut off his finger during an overnight operation near Baghdad earlier this month. 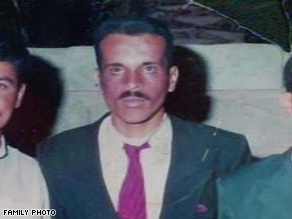 The U.S. Army is investigating the killing of Iraqi bomb-making suspect, Hardan al-Jaburi.

The December 10 raid, on a house in the Salman Pak district, 15 miles south of Baghdad, targeted suspected bomb-maker Hardan al-Jaburi.

In a statement, the U.S. military said al-Jaburi, armed with an AK-47, confronted troops conducting the raid.

But his relatives, assisted by a tribal leader, complained in a meeting with U.S. officials in Baghdad's Green Zone that al-Jaburi was singled out by troops after he was rounded up along with his brothers.

Soldiers ordered him into the family's house and then shot him dead, the relatives said.

In addition to the family's claims, sources told CNN that concern within the U.S. military itself about the way the raid was conducted also triggered the investigation.

Much of what happened during the raid at the farmhouse that night is not in dispute.

According to the U.S. military, the raid began with an airborne assault. Those inside the house were warned by loudspeakers that it was surrounded. Al-Jaburi and his brothers then surrendered to the Americans. According to both the U.S. military and the family's account, al-Jaburi went back to the house.

And there is where the stories diverge.

In the U.S. version, al-Jaburi burst out of the house wielding an AK-47 and was shot in the farmyard.

But the Iraqi family's version is that all the brothers were stripped to their underwear and forced to lie on the ground, unable to move without the Americans' permission.

The family says the Americans then took al-Jaburi back into the house.

The relatives showed CNN grainy mobile phone video that showed what appeared to be thick pools of blood on the floor and bloody handprints on the wall in one room of the house.

And the video showed something else -- al-Jaburi's corpse with one finger, apparently the index finger of his right hand, missing -- with a bloody gaping wound in its place as though the finger was recently severed.

The dead man's family said soldiers on the raid cut off his finger and said the mutilation was an act of intimidation.

The military declined comment on that aspect of the case. In its statement about the shooting, the U.S. military said, "We take all allegations of impropriety seriously and are reviewing the operation and procedures used during the operation. As such, while such a review is under way, it would be improper to comment any further at this time."

When a CNN crew visited after the raid, the farmhouse was in disarray from the search. Dresser drawers were tossed in a pile, pieces of furniture were stacked on a disheveled bed -- and the bloody handprints remained on the wall.

The family told CNN that military investigators came to the house last week, spoke to family members and took photographs. But there's no word on when the military's review of the incident will be completed.