NEW DELHI, India (CNN) -- The Dalai Lama underwent successful laproscopic surgery to remove a gallstone Friday, according to his spokesman. 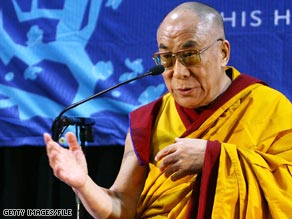 The Dalai Lama, the spiritual leader of Tibet, is expected to be able to resume international travel.

He is expected to resume international travel, including a trip to Japan next month, his spokesman said.

The Dalai Lama underwent the medical examination in the Indian capital of New Delhi as a follow-up to his hospitalization in August in Mumbai for abdominal discomfort.

Doctors have advised him to rest before returning to Dharamsala and resuming his travel schedule, his spokesman said.

The Dalai Lama spends several months of the year travelling and campaigning for Tibetan autonomy from China. His Tibetan government-in-exile is headquartered in the Indian town of Dharamsala.

All About Dalai Lama • India