The revolution will be mobilized

(CNN) -- First it was instant messaging during office hours that gave us the thrill of passing notes in class. Then it was ogling ourselves on Web cams, ranting our minds on blogs, uploading our baby photos on Flickr and poking each other on Facebook. These days, as corporate records show, we choose to spend our lunch breaks watching YouTube, if not chatting over Skype. 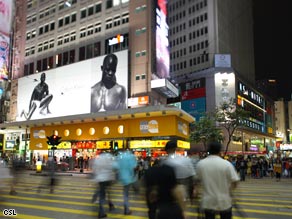 The bad news is the Web 2.0 revolution is over. The good news is now we can take it with us.

Over the past two years, well over a dozen startups have sprung into action, bringing everything from IM to VoIP (Voice over Internet Protocol) to our mobile phones, in a quest to conquer the cellular fourth screen.

Winner of Silicon Valley/San Jose Business Journal's 2007 Emerging Technologies Awards in the category of Social Networking, Mig33 is confident about the viability of its future: "The next wave of Internet growth is mobile. The number of mobile devices worldwide has exceeded three billion, and the next billion subscribers will have their first Internet experience using a mobile phone."

Like the Rotterdam-based Nimbuzz, Mig33 also offers instant messaging, photo sharing and VoIP for cheaper telephony, in addition to social networking via profiles, chatrooms and, of course, friends.

Applications are free to download and communities are free to join, while members are charged only for SMS and VoIP calls, bridging communications between mobile devices and desktop computers.

The softwares are fully functional on both 3G and any smart (Internet-enabled) 2.5G phones running such platforms as Java, Symbian, Windows Mobile, Blackberry, S60 and the iPhone OS.

Playfully packaged, internationally-based Fring works with WiFi providers in Europe and Australia as well as SIP (Session Initiation Protocol) providers based in both North and South America, Western and Eastern Europe, South Africa and China, also consolidating all chat buddies into a single mobile contact list.

In this context, one way to stand out from the all-encompassing bunch with the global reach is through niche audience focus.

MyHappyPlanet, a free online language-exchange network that allows members to create profiles and chat with language partners in real time (text, voice, video), will go mobile in the near future.

A2Aworld, an upcoming mobile social networking startup, will focus on connecting social networkers between the world's two largest online communities -- America and Asia -- in terms of communication, information, culture and e-commerce. Furthermore, its business model is based on revenue from emerging online advertising, VoIP calls and premium membership fees, without the mobile ads and viral marketing.

Meanwhile in the mobile marketplace, VoIP competition is getting fierce. While SIPphone's open-source Gizmo Project was heralded by early beta testers as "the first viable Skype alternative" in July 2005, it's clear today that Skype itself is the big winner in the VoIP game.

Most recently, iSkoot has extended its partnership with Skype, following its collaboration with mobile operator 3 for the global launch of the 3 Skypephone in October 2007, which was the first mass-market Skype-enabled handset as a carrier-integrated solution for mobile-VoIP IM services.

But mobile VoIP itself still faces multiple challenges, including fragmented access and distribution. While some applications choose to collaborate with mobile network carriers, others choose to compete with them by using data networks such as WiFi.

"In the near future, there will be a hyper-convergence solution," predicts A2Aworld's Michael Liu. "However, WiFi/WiMax to cell/IMS will be playing a bigger and bigger role. In the long run, there will be all-in-IP IMS solutions."

Insecure communications also pose a new threat to VoIP, as Liu points out: "In the early days of VoIP, people were mostly concerned with its cost, functionality and reliability. Now that VoIP is gaining wide acceptance and becoming one of the mainstream communication technologies, security has become a major issue."

And to satisfy the YouTube generation, applications such as myZen Mobile encourage the circulation of photos and viral videos optimized for mobile viewing in real time, with an all-in-one interface featuring YouTube, Facebook, Flickr, Yahoo podcast, etc, with the possibility to add other community sites such as ifilm and blogger.

Simon Newstead, founder and CEO of Frenzoo, a social-networking site specialized in 3D fashion avatars, is enthusiastic about going mobile.

"We have a roadmap to implement our service on mobile platforms such as iPhone," he says. "Today users are already using 3D in gaming platforms like the wildly successful Nintendo DS Lite, so the logical integration of 3D avatars into the mobile platform will certainly present a great opportunity.

"Technically, new handsets already integrate hardware acceleration for 3G, and battery life is increasing rapidly. Now the only remaining factor is availability or higher-speed affordable mobile bandwidth, which is already emerging in advanced mobile markets such as South Korea, Hong Kong and Japan."

Indeed in Hong Kong, where the mobile-phone penetration rate hovers around 150 percent, mastering the mobile market is becoming increasingly lucrative.

From the carrier's point of view, people's choice of mobile communication is a question of coverage and user-friendliness -- of "price, packaging, usability," according to CSL's ("Create a Simple Life") chief marketing officer Christina Teo.

"We try to 'replicate' any desktop experience to the mobile phone. You can call it replicating, extending, adding value," continues Teo. "And with every new partnership, we need to make sure that the application works on each new handset we launch... With mobile phones [as opposed to desktop computers] there is still some concern, stigma, so we need to educate people to get over that hurdle. It's the faster we can get it at the click of a button."

More and more, the mission of the mobile industry is to make seamless that virtual space between desktop and handset.

"It's where we want people to embrace life," says Teo. "It's what we all aim to do. No downtime, no downspace... Over time Xanga will add more features, and we will mobilize as much as possible."

The good news is the Web 3.0 revolution is only beginning. E-mail to a friend