WASHINGTON (CNN) -- A new national poll suggests most Americans favor an economic stimulus package even if it comes with an $800 billion price tag, although that support doesn't indicate the public wants to see a new era of big government. 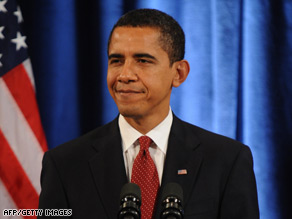 Fifty-six percent of those questioned in a CNN/Opinion Research Corp. survey released Tuesday said they favor the stimulus package that President-elect Barack Obama is proposing; 42 percent were opposed.

Obama is pushing Congress to pass the plan soon after he's inaugurated on January 20, to help jump-start an economy mired in a deep recession.

Watch why most Americans back the bailout »

"Attitudes toward government have not changed since 2006, when the economy was still in pretty good shape," said CNN Polling Director Keating Holland. "Most still say the government is doing too much that should be left to individuals and businesses, and trust in government is still low."

On the other hand, he said, "with the economy in such poor shape, government action to stimulate the economy seems to get an exemption to the general concerns about big government."

There also appears to be a divide between the parties when it comes to government involvement.

"Six in 10 Democrats want to see the federal government do more," Holland said. "But three-quarters of Republicans would like to see a smaller government. The tiebreaker is independents. A majority of the independents polled say that government is doing too much that should be left to individuals and businesses."

The poll also suggests that a declining number of Americans trust the government to do what's right. iReport.com: What should Obama do first?