(CNN) -- President-elect Barack Obama has kept a relatively low profile as automakers plead for billions from Congress, but behind the scenes, the incoming administration is working hard on finding ways to ease the crisis. 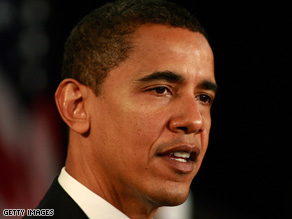 President-elect Barack Obama and his advisers are studying options to deal with the auto industry.

Obama and his advisers are studying options for helping the automobile industry beyond what Congress does or doesn't do before he steps into office.

Talks on the Hill have included mention of a possible short-term loan for the auto giants to act as a Band-Aid until lawmakers can hammer out legislation with a long-term plan when the new Congress begins next year.

Some lawmakers support giving the government a big role in restructuring the auto companies, with either an oversight board or an individual, and other lawmakers have suggested that bankruptcy could be a good thing for the automakers.

The Big Three CEOs are trying to make their case for a $34 billion loan.

Capitol Hill sources said the Obama team has discussed the bailout at many levels, including talks between Obama and congressional leaders.

Sources have declined to discuss the specifics of those conversations, but one Capitol Hill source said the Democratic leadership is not going to do something the president-elect opposes.

Although Obama has largely stayed mum on the issue, he has signaled that one option is off the table.

"We can't allow the auto industry simply to vanish," he said last week.

Rep. Barney Frank said Friday afternoon that Congress is likely to pass a deal that would give U.S. automakers a bailout.

"We're not at the point of agreement, but with very few exceptions today, the members were saying, 'Yes, we should do something,' " the Financial Services Committee chairman said.

The Massachusetts Democrat refused to cite any specific plan, saying, "the less people start staking out positions on specifics, the easier it is to reach agreement."

Pelosi said in a written statement that she expected the House would vote next week on a bill to provide assistance to the automakers, although she offered no details of what form that might take.

In a separate statement, Pelosi said Friday's November jobs report -- with more than a half-million jobs lost -- made it clear that Congress must provide "short-term and limited assistance" to the automakers.

She added that legislation providing for that assistance would "include rigorous and ongoing oversight to guarantee that taxpayers are protected."

The aide gave a highly optimistic timetable, given the deep divide among lawmakers about how and whether to help Detroit.

Democratic leaders were hoping to confer with Republicans about various ideas, which most lawmakers are reluctant to discuss in public.

Even as lawmakers appear to be taking action, it's unlikely the problem will be completely resolved before Obama steps into office.

The president-elect said Wednesday that he wanted to "wait and see" what is said during the bailout hearings.

"I don't think he necessarily wants to get drawn in -- I wouldn't blame him -- to a situation that he cannot really effectuate," said Dodd, D-Connecticut.

Before Election Day and after, Obama's staff has been in touch with auto executives, industry sources said. One source suggested that the nature of these conversations was "informational ... about [our operation], how and where we spend ... our forward-looking goals."

The talks are tacit recognition that the incoming administration believes that whatever Congress does is likely to be a stopgap to keep one or more of the Big Three -- Chrysler, Ford Motor Co. and General Motors Corp. -- from going under. Obama's public talk and the private work of his team are aimed at more comprehensive assistance tied to viability.

Obama said last month that he's made it a "high priority" for his transition team to work on additional policy options for the auto industry.

Industry sources said there has been no talk of specific long-term legislation. In terms of the immediate future and what Capitol Hill can do, Obama has not said much largely because, right now, he cannot do much. There's risk in putting capital on the line before he becomes president.

Obama has been supportive of backing loans to the Big Three, but he's been careful not to put public fingerprints on how much they should get or from where the money should come.

A spokesman for Reid, D-Nevada, said that after Thursday's testimony by the CEOs, two things were clear.

"First, that bankruptcy is not an option. It would be irresponsible to allow these companies to fail in light of the very possible catastrophic consequences under the current economic conditions. And second, the American people will not stand for giving Detroit a blank check," spokesman Jim Manley said.

Reid, Dodd, Frank and Pelosi have called on President Bush to help the auto industry by using $25 billion of funds from the Troubled Asset Relief Program, the $700 billion measure that passed in October to help bail out financial institutions.

The White House has said it wants to help the auto industry "if [the industry] can show a viability plan that passes the test to get taxpayer money" but said the $700 billion was not intended for that purpose.

"They can't get congressional support for their idea to use the TARP money, so they want us to do it instead. And this is leadership? Not only that, they invited the automakers here to testify and before they even pulled off the highway, put up a roadblock and said they wouldn't be able to help them anyway. There's a way to help the automakers, and we've shown them how to do it," White House spokeswoman Dana Perino said.