Source: Orszag tapped for Office of Management and Budget 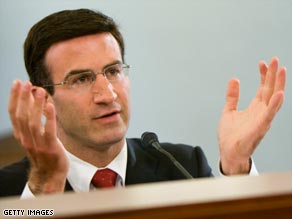 Orszag, 39, is an expert on health care, pensions and Social Security policy.

A favorite of Clinton Treasury Secretary Robert Rubin, he and Rubin co-founded the Hamilton Project, an organization within the Brookings Institution focused on economic research and policy.

Jason Furman, Obama's economic policy director, took over the Hamilton Project when Orszag left for the budget office in 2007.

While at Brookings, Orszag also served as director of the Retirement Security Project and co-director of the Tax Policy Center, a joint venture with the Urban Institute.

Orszag worked at the Clinton White House as special assistant to the president at the National Economic Council and served on the Council of Economic Advisors.

Orszag is known in the halls of Congress for wearing cowboy boots with his business suit. iReport.com: Who should be in Obama's cabinet?

All About Barack Obama • Peter Orszag