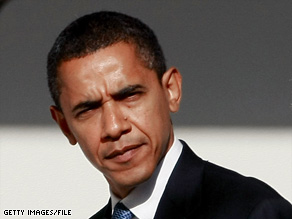 President-elect Obama's rules will mean nonprofits will have an easier time being heard, an analyst says.

Chai Feldblum, a Georgetown University professor who teaches lobbyists-in-training, said nonprofit groups are likely to have a stronger voice under the restrictions that Obama's transition staff issued this week.

"Lobbyists for business will absolutely get meetings with staff for people on the Hill, just like they got meetings before, so their access will not be denied," Feldblum said. "Their positions will be heard, but now they won't be the only ones being heard."

Podesta called the new policy "the strictest, the most far-reaching ethics rules of any transition team in history." They follow a pledge Obama made during his campaign, when he instituted similar rules for aides and vowed that lobbyists "will not drown out the voice of the American people."

Feldblum said lobbying is protected by the First Amendment, which guarantees the right to petition the government for redress of grievances, and that the trade's ranks in Washington are unlikely to shrink. But she said corporate lobbyists "will have to share the stage with other people representing other points of view."

"I think that lobbyists for a broader range of the American public -- lobbyists for Catholic Charities USA, lobbyists for the Epilepsy Foundation, lobbyists for domestic violence groups -- people trying to bring those positions forward will have an easier time being heard," Feldblum said.

One practicing lobbyist told CNN he hopes the new rules will improve the public image of a trade that has become a "dirty word."

Michael Lewan, who has pleaded the case for some of the biggest U.S. corporations for 16 years, said a stricter regime Congress imposed on itself after the influence-peddling scandal involving disgraced lobbyist Jack Abramoff "wasn't such a bad thing at all."

"We were all very upset when we found out we could no longer take Capitol Hill staffers to lunch," he said. "But you know what? At the end of the day, we all saved money and lost weight."

But seriously, Lewan said, both Obama and his Republican opponent, John McCain, blasted lobbyists on a near-daily basis during the presidential campaign, "and it's my hope that we can bring down that level of vilification by cooperating with the new administration."