Ex-ACORN worker: 'I paid the price' for voter registration fraud

SEATTLE, Washington (CNN) -- Clifton Mitchell helped register nearly 2,000 voters for the community group ACORN. But not one of them actually existed. 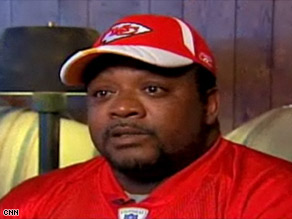 Today, he lives with his wife and two boys, ages 3 and 1, in a small apartment in suburban Seattle, Washington. Mitchell said he scammed the system because, "I needed money; I had to support my family and I was new to the area. It was the only job I had."

Mitchell said ACORN threatened to close the office if he and his team didn't meet their quota to register 13 to 20 voters a day. So, without consulting their supervisors, he said, they came up with a plan.

"We came up with the idea: Let's make fraudulent cards. I tell my crew, 'I don't care how you get 'em, just get 'em,' " Mitchell recalled.

They took addresses from homeless shelters, used fake birthdays and Social Security numbers and took names from baby books to create voters out of thin air.

"Every day I'd go to the library and get a newspaper," Mitchell said. "I had one guy who'd go to the phone book. Everyone had different methods."

The secretary of state called it "the worst case of voter registration fraud in the history of the state of Washington." ACORN was fined $25,000 and ordered to improve its oversight.

The group is under investigation in 10 states for voter registration fraud, and Republican presidential candidate John McCain's campaign has accused ACORN of trying to rig the election for Democrats.

But University of Washington law professor Eric Schnapper says the idea of fake cards turning into real votes is a myth.

"There are no known instances of fictitious people actually voting," Schnapper said. "You look at some of the names: Mickey Mouse. Dr. Seuss. Mickey Mouse only votes in Disneyland. He's not going to show up at a critical precinct in West Virginia or North Carolina."

Schnapper said that if anyone should be upset, it's ACORN.

"The victims of this are the people who paid these workers $8 an hour to go out and find legitimate voters, and ... they didn't get their $8 worth; they put down phony names," Schnapper said.

Schnapper said he's worked on Republican and Democratic campaigns and has paid people to hand out leaflets or register voters. He said some of the workers do their jobs and some don't.

ACORN said it has registered well more than 1 million voters, most of them Democrats. Though the group is under investigation in a number of swing states, such as Ohio and Nevada, amid accusations that it turned in fake voter registration cards, Schnapper said there's no evidence that any worker intended to commit voter fraud and actually take those names, produce phony identification and vote on Election Day.

Threats of criminal prosecution may scare some groups into closing voter registration drives, according to Schnapper. It could scare actual voters away from the polls as well, he said, "and that really does affect the outcomes of the election."

A report from the nonpartisan Brennan Center for Justice at the New York University Law School supports his claim. Researchers reviewed voter fraud claims across the country and found that most were caused by technical glitches, clerical errors or mistakes made by voters. One other finding: A person is more likely to be struck by lightning than to impersonate another voter at the polls.

ACORN has recently released a video on the Internet called "Fight Back: The Truth About ACORN." It uses a mix of interviews and video to fight what the group calls Republican efforts to suppress voter turnout.

CNN asked Clifton Mitchell whether he and his team, at any point, got together to try to rig the election.

"When I did it, when my team did it, it wasn't to steal any election," Mitchell said. "They're just trying to keep a job. But understand, I blame myself. I can only blame myself."