WASHINGTON (CNN) -- Key Republicans on Capitol Hill blasted the Treasury Department and the Federal Reserve on Wednesday for orchestrating an $85 billion bailout of insurance giant American International Group, and the White House for not informing them of the plan. 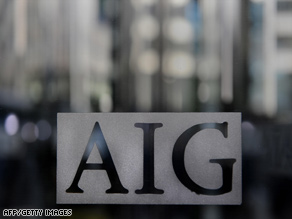 Some lawmakers complained Wednesday they didn't know a bailout of AIG was in the works.

Meanwhile, Democrats blamed the Bush administration for the financial crisis, while the White House pointed a finger at Congress.

The criticism came a day after lawmakers were surprised by the news that taxpayers would again be called on to shore up a member of the struggling financial sector.

A spokesman for Sen. Richard Shelby of Alabama, the top Republican on the committee, said the senator "profoundly disagrees with the decision to use taxpayer dollars to bail out a private company" and is upset the government has sent an inconsistent message to the markets by bailing out AIG after it just refused to save investment bank Lehman Brothers from bankruptcy.

"The American taxpayer should not be asked to unwillingly assume the inordinate risks that financial experts knowingly undertook, particularly when taxpayer exposure is increased by the ad hoc manner in which these bailouts have been engineered," said Shelby's aide, Jonathan Graffeo.

Republican Rep. Roy Blunt of Missouri complained about not getting a heads-up about the bailout and said House Republicans are struggling to "understand a coherent strategy" about which firms get rescued and which ones don't.

Rep. Adam Putman of Florida, the third-ranking Republican in the House, said the cost is "unnerving" and called on the Treasury Department and Federal Reserve "to dispatch an envoy to the Hill to bring members of Congress up to speed."

"The communications lines are not operating efficiently," he said.

Late Wednesday, the White House agreed to send a top Bush economic adviser and an official from the Fed to brief House Republicans on Thursday, according to a House GOP aide.

Meanwhile, congressional Democrats placed the blame for the crisis squarely on the Bush administration, arguing it failed to aggressively regulate the financial industry.

"The most recent bailout initiated by the Bush administration -- that of AIG -- is just another example that George Bush is a failed manager," said House Speaker Nancy Pelosi, D-California. "Because of the inattention, or a decision on their part to have crony capitalism in our country, Americans across the country are feeling the pain of this."

Pelosi said two House committees would investigate the recent bailouts "to tell us how we can avoid this in the future, what went wrong here and also to look into this issue of fraud and mismanagement" at AIG.

White House spokeswoman Dana Perino said Congress could have done more to head off the crisis.

"I think that Congress needs to take -- before they start throwing arrows -- take a little bit of time for some self-reflection," she said. "But also, why don't we just set that aside for a minute and focus on the fact that we have a crisis that we're trying to manage."

Senate Majority Leader Harry Reid -- who also complained that he didn't know a bailout of AIG was in the works -- said Congress won't change laws immediately to address the rapidly unfolding financial crisis because "no one knows what to do."

"We are in new territory here," Reid added. "You could ask [Federal Reserve Chairman Ben] Bernanke, you could ask [Treasury Secretary Henry] Paulson. They don't know what to do, but they are trying to come up with ideas."

Reid said he will keep the Senate in session through the end of the year so committees can hold hearings and start writing legislation that he said could become law next year.

"It's a multitrillion-dollar issue that's facing America, and we can't do it in some timeline that is unrealistic," Reid said.

Democratic presidential candidate Sen. Barack Obama on Thursday said the bailout plan must "protect the families that count on insurance" from AIG.

He also said the Federal Reserve should make sure the bailout plan protects well-paying jobs and helps Americans pay their bills.

At a town hall meeting in Grand Rapids, Michigan, Republican candidates Sen. John McCain and Gov. Sarah Palin both called for reforming the financial markets "in Wall Street and Washington," as McCain put it.