(CNN) -- Sens. John McCain and Barack Obama like to portray themselves as Washington outsiders, but neither candidate is completely clean of the influence of lobbyists. 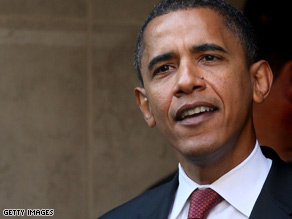 Sen. Barack Obama has pledged not to take any money from lobbyists.

Politicians know that tough talk on lobbyists sounds good to the public, but the reality is that top level candidates can't live without them, experts say.

"They know they work with lobbyists. They have staffers who have been lobbyists. They are going to depend on lobbyists for a lot of the information on the decisions they make if they get elected. So, absolutely there's a lot of hypocrisy involved," said Larry Sabato, a politics professor at the University of Virginia.

During this campaign, lobbyists and trade groups donated $181,000 to McCain, while Obama received $6,000, according to the New York Times. In all, lobbyists reported contributions of $4.7 million to Democrats and $3.3 million to Republicans, the Times reported this week.

But those figures only include registered lobbyists and trade groups -- not big companies that could have lobbyist ties.

Still, both candidates maintain they are above the influence of lobbyists.

Obama has pledged not to take money from lobbyists, but even within that promise there are loopholes.

His campaign says it steers clear of registered federal lobbyists, but it does take money from lobbyists at state and local levels.

The senator from Illinois also has taken in $18.8 million from lawyers and law firms, according to estimates from the Center for Responsive Politics, and some of those firms employ lobbyists for special interest clients.

Watch where Obama's money comes from »

"And just because you don't take money from lobbyists, of course, does not mean you're not taking money from big business."

This past April, McCain spoke out against lobbyists, saying "workers and entrepreneurs of America are taken for granted by their government while the lobbyists and special pleaders are seldom turned away."

But McCain raised eyebrows in 2006 when he attended a fancy soiree of the little-known but well-respected International Republican Institute in Washington.

A video from the group's Web site shows the chairman of AT&T -- which had just donated $200,000 to the institute -- introducing McCain, who is still chairman of its board.

McCain at the time was fresh off a term as chairman of the Senate committee that regulates telephone companies.

AT&T said there were no strings attached to the donation, but that's not always the point.

IRI gets almost all of its money from the federal government to do things like promote democracy around the world and help governments run more efficiently -- a cause McCain believes in.

A former IRI staffer who also worked for McCain's 2000 presidential campaign said that while the IRI event may have brought McCain and lobbyists together, the event did not involve any favors or deals.

Additionally, a candidate can completely avoid lobbyists and rake in millions from so-called bundlers, deep-pocket contributors who work to get others to fork over the maximum individual contribution.

Sheila Krumholz, executive director for the Center for Responsive Politics, says the organization has been working to find out more about bundlers such as how much they have raised and where they work, so they can better identify the source of the money.

"We know that Barack Obama has raised at least $52.2 million from bundlers, or about 18 percent of his overall receipts," Krumholz said.

Obama's campaign figures show that 94 percent of the money going to Obama comes from people writing checks for $200 or less.

CNN obtained an e-mail in which a top-dollar fundraiser promised a private meeting with Obama for Iranian Americans if the group could raise $250,000.

The Obama campaign said the e-mailer was wrong to make such a promise and fell short of their financial goal.

A spokesman said Obama did speak to the group for about 15 minutes, pausing for handshakes and photos.

In fact, Obama's campaign is offering a chance to meet their candidate to anyone who joins their donor pool.

Obama on his Web site tells visitors anyone who donates any amount by July 31 could be selected to come to Denver, Colorado, to join him backstage at the the Democratic convention.