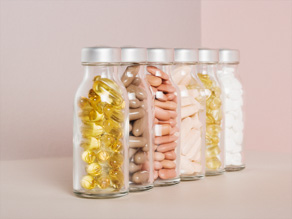 Prescribing placebos is not illegal, but can be unethical if recipient has no idea that he or she is getting a sugar pill.

Placebos, or "sugar pills," have been used in medicine since ancient times. Today, most placebos are given in clinical trial studies for new drugs. A study in the January 2008 issue of the Journal of General Internal Medicine found that 45 percent of Chicago, Illinois, internists report they have used a placebo for patients at some time during their clinical practice. Only 4 percent of those admitted they were giving a placebo.

Dr. Sanjay Gupta, CNN chief medical correspondent: It's not illegal, but it is unethical to prescribe a placebo to someone who has no idea that he or she is getting a sugar pill. Even so, in a recent survey done at the University of Chicago Medical Center, 45 percent of internists who filled out the anonymous questionnaire said they had used a placebo at some time during their clinical practice. Of those, only 4 percent told their patients it was a placebo.

Most said it was a pill that would help but not harm them. Most admitted that they gave the placebo to patients who were upset when they came to the hospital. They used the placebo to calm patients, without medicating them so they could diagnose their condition more accurately after the patients had regained their composure.

Ethically, the question is whether physicians should be giving patients medication the individuals think is something else. Should doctors be liable if the placebo does not work, or can do a patient harm? The American Medical Association takes a strong stance against doctors prescribing placebos without a patient's knowledge.

What exactly is a placebo, and how does it work?

Gupta: Placebo means "I shall please" in Latin; they've been used for centuries. They are dummy pills. Doctors usually prescribe them to patients who complain of symptoms for which doctors cannot find an underlying cause. They really have no physical effect. It's more a psychological than physiological result -- a mind-over-matter thing. The patient thinks he's getting help, when in reality it's his mind that is helping ease his symptoms, not the phony drug.

Most recently, placebos have been used to test new drugs and new drug therapies. Patients in clinical trials are aware they may be getting a placebo. In such a trial, some patients get a placebo, while others get the real drug. Drug manufacturers make every effort to make the placebos look like the drug they are mimicking, so the patient has no idea what, if any, drug he or she is taking. By comparing the effects of placebos and real drugs, scientists can tell whether the drug is really working.

Isn't that called the placebo effect?

Gupta: Yes, some patients who have been on placebos swear they've been helped, even though they are taking a sugar pill. Placebos aren't just being used in drug trials. A recent study looked at placebo surgery, where patients underwent arthroscopic surgery for osteoarthritis of the knee. Part of the trial group had the arthroscopic surgery, while the other group had only the incision made with no surgery on the knee, and then were sewn up to make it look like they had surgery. Researchers found those patients who had surgery did no better and had no less pain than those who only got the incision, but not the surgery. Again, it was mind over matter.

Background
Dr. Gupta interviewed Dr. Tory Wager of the University of Michigan and Dr. Matthew Lieberman at UCLA about the placebo effect. Here is a brief exchange from that conversation:

Wager: We think that the placebo effect is real, so it really changes our experience of pain. That's something that we haven't really known before.

Gupta: These are brain scans performed on patients with irritable bowel syndrome, who thought they were receiving pain relief, but received a placebo. Even with no medication, the area of the brain that controls how they perceive pain was active.

Lieberman: They suggest that there really is a physical basis in the brain, there's a pathway by which these thoughts and expectations about pain relief can actually lead to pain relief.

Gupta: Another study from the University of Michigan suggests that merely believing in or expecting pain relief actually makes pain less intense. In that study, people who got a placebo had 25 percent less pain activity in their brains. They also reported 25 percent less pain.

Wager: When you're expecting pain, with a placebo, you might feel safer, you feel less anxious. Something in your brain is saying, "I think this placebo's going to work. I'm going to be OK."

Gupta: Research is ongoing. But scientists say one day, our own minds could control pain as well as medications can.