• Study finds link between day care and common leukemia in children
• Acute lymphoblastic anemia accounts for 27 percent of childhood cancers
• There are about 3,000 new cases in the U.S. per year 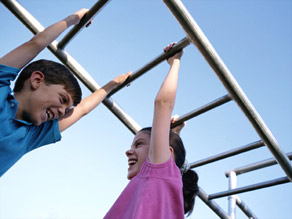 Exposing kids to germs reduces their likelihood of developing diseases such as asthma and diabetes.

An analysis of 14 studies shows children who attend day care or play groups decrease their risk of developing the most common type of childhood leukemia by 30 percent. The analysis bolsters the theory that children exposed to common infections early in life gain protection from the disease. The research was presented in April 2008 at the Causes and Prevention of Childhood Leukemia conference in London.

How would exposing kids to germs protect them from cancer?

Dr. Sanjay Gupta, CNN chief medical correspondent: We've known for some time that exposing kids to germs reduces their likelihood of developing diseases such as asthma and diabetes. This study looked at a lot of research on leukemia and social interaction among kids. The researchers determined that kids who attend day care and play groups decrease their risk of developing the most common type of childhood leukemia by 30 percent.

Their theory is that genetics and lack of exposure to germs play a strong role in determining whether a child develops leukemia. We know in places with a lot of kids, there's more chance of infections spreading. But if kids are kept isolated, their immune systems aren't challenged early in life, and they may not develop normally. If children also have a genetic predisposition to an overactive immune system, they could be at higher risk for cancer. The reason for this is when their immune systems finally encounter a virus later in life, the cells meant to fight the infection start dividing really fast. This gives them more of a chance to mutate and become cancerous.

CNN: Have there been other studies that looked at the link between leukemia and exposure to germs?

Woods: There was a study that looked at kids who were not exposed to common childhood viruses, like cold viruses. It found if they were then exposed at a later time, like 2 to 6 years old, give or take, they seemed to be the group that seemed to have a much greater chance of developing leukemia.

The study was looking at towns in Britain that were relatively isolated. Take farm kids. We know in the U.S. that kids born on farms in Iowa have much higher incidence of childhood leukemia than kids born in large metropolitan areas like New York City. We don't think it's exposure to pesticides; we think it's the same idea.

About the same time, a very credible leukemia basic scientist named Mel Greaves did lab work looking at leukemia cells and what differentiates them from normal cells. He came up with a similar hypothesis that said this isolation effect was probably due to lack of exposure to normal childhood illnesses at a critical age when they're young. If they're exposed later, they have a better chance of developing leukemia.

All About Daycare • Leukemia