How does the Atkins diet measure up against others? 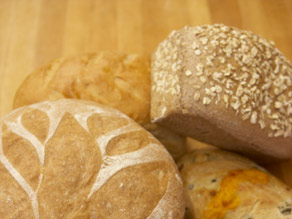 The Atkins diet, which advocates steering away from carbs, may not lead to long-term weight loss.

A Stanford University study, released in May 2007 in the Journal of the American Medical Association, compares the effectiveness of four popular diets -- Atkins, LEARN (Lifestyle, Exercise, Attitudes, Relationships, and Nutrition), Ornish, and Zone -- for women who are premenopausal and overweight or obese. Women on Atkins lost the most weight, although the average loss was only about 10 pounds for 12 months.

Dr. Sanjay Gupta, CNN chief medical correspondent: It's always difficult to know which diet is right for you. Researchers at Stanford University looked at four popular diets: Atkins, LEARN, Ornish, and the Zone diet. Three hundred overweight or obese premenopausal women were randomly assigned to these four diets, which they followed for a year. Women in the Atkins group lost the most weight -- about 10 pounds in a year. It's also interesting to note that more participants stayed on the Atkins diet for the entire year, compared with women on the other diets.

But even though these women lost weight, isn't the whole issue about Atkins that it's high in fats that can raise your cholesterol, which might eventually lead to heart problems?

What about for the long term? Can they keep the weight off with Atkins?

Gupta: First off, although any doctor will tell you it's good for most people to lose 10 pounds, 10 pounds is not a significant amount of weight to lose in one year. The study does not follow the patients after the year, so you don't know whether they gained their weight back, or whether they lost more. Also, other nutritionists we talked to who have worked on this same type of research said that the only real difference in diets was between Atkins and the Zone. All the others had pretty much the same results. And they found while Atkins can be an effective way to lose weight, few people are able to maintain meaningful long-term weight loss on this diet.

Background
Find more on each of the four diets studied on these sites:

CNN spoke with Dr. James O. Hill, Ph.D., of the Center for Human Nutrition and director of the University of Colorado's Clinical Nutrition Research Unit. Here's a brief part of the conversation:

CNN: Dr. Hill, you reviewed this article for the Journal of the American Medical Association and recommended against publication. Why is that?