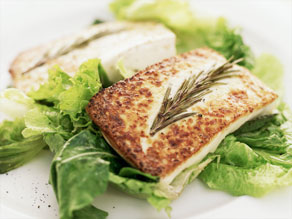 If your body produces too much insulin, you may be more susceptible to weight gain on a conventional low-fat diet.

There may be a physiological reason why some people do well on low-fat diets while others fail and it's not a lack of willpower. This research was published in the Journal of the American Medical Association in May 2007.

What did this study find?

Dr. Sanjay Gupta, CNN chief medical correspondent: It's a question a lot of us ask: Why do some people succeed on a low-fat diet while others fail miserably? It has nothing to do with willpower or motivation. A study in the Journal of the American Medical Association says that your body's biology may hold the explanation: If your body produces too much insulin, you may be more susceptible to weight gain on a conventional low-fat diet.

What is insulin and what does it have to do with weight gain?

Gupta: Insulin is a hormone that lowers blood sugar and it also tells the body to store fat. It metabolizes carbohydrates and tells the body to store fuel. High-carbohydrate meals can bring spikes in insulin levels, pushing your body into hyper-fuel-storage mode, causing extreme hunger, overeating and weight gain. This cycle of hunger and spiking insulin can make it challenging to keep weight off even with a low-fat diet. But people who were put on a low-glycemic-index diet could overcome that cycle of hunger and weight gain. And they lost more than twice as much weight as people who didn't have the problem with spiking insulin levels.

What is a low glycemic index diet?

Gupta: Seventy-three participants were randomly assigned to one of two diets: low fat or low glycemic index. The two diets, at first glance, aren't extremely different, but the distinctions between them are important. The low-fat diet focuses on whole grains, low fat, veggies and fruits and contains 55 percent carbohydrates and 20 percent fat.

What are some foods that make sense if you have this tendency to produce too much insulin?

Gupta: The key is to make healthier food selections. Instead of eating foods that digest quickly, like potatoes, white bread and pasta, you want to eat foods that digest slowly: soybeans, oatmeal, broccoli, whole grain breads and some types of fruit.

It makes sense: Slow digestion means more time for your body to process the food, especially if there is fat in it. The low-glycemic diet wasn't just better for weight loss. It had a beneficial impact on HDL cholesterol and triglyceride levels.

How do you know if you produce too much insulin?

Gupta: Your doctor can administer an oral glucose tolerance test. The point is not for everyone to go running to the doc to get this test, but to be aware of the foods you eat and how they affect blood sugar levels, so that you can prevent roller-coaster effects in blood glucose. People in the study were told to focus on hunger and fullness, as opposed to calories: Eat when you're hungry and before you're famished, stop eating when satisfied before you become stuffed.

CNN: What can people learn about losing weight from this study?

Ebbeling: For high insulin secretors, a low-glycemic-index diet brought more weight loss and more success in keeping it off, compared to those on the low-fat diet. It won't hurt anyone to go on a low-glycemic diet that replaces saturated fats with unsaturated fats, especially in light of the findings that the diet benefits HDL and triglyceride levels.