WHO: Cancer to surpass heart disease as world's leading killer 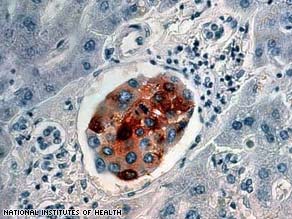 Rates for breast cancer, shown here under a microscope, have tripled in some Asian countries.

That compares to 12 million new cases in 2007, the report found. The group forecast a 1 percent increase globally each year, with emerging economies such as China, Russia and India being hit the hardest.

"About 1.3 billion people smoke globally, making tobacco the major avoidable cause of death and disease worldwide," the report found.

Experts say less developed countries are especially vulnerable, predicting a 38 percent increase in those regions by 2030.

Watch more on the report »

Tobacco killed 100 million people in the world last century and will kill a billion in the 21st century, unless changes are made, said John R. Seffrin, chief executive officer at the American Cancer Society, Tuesday.

Besides smoking, other causes for the rise in the disease include high-fat diets including fast food and decreased physical activity, reflective of increasingly western lifestyles, the report found.

In addition, the rate of breast cancer has doubled or tripled in countries like Japan, Singapore and Korea, according to the report. In Africa, 518,000 people have died from cancer since the start of 2008 -- cervical cancer being the leading cancer killer among women, the report found.

But there is good news for some Western nations. Cancer mortality rates are falling in Great Britain and the United States, said Seffrin.

"Awareness of the global cancer burden pandemic and its causes will help establish and enforce policies, resources and programs to control cancer and tobacco, and to de-stigmatize cancer," according to the WHO report.

All About World Health Organization • Cancer