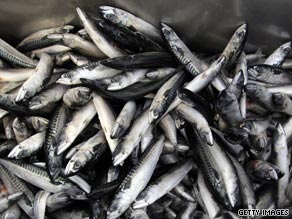 Boost your immune system with lean protein and good fats. "Your nutrition profoundly affects your ability to fight the diseases such as [swine flu]" according to the American Dietetic Association. That means filling up your plate with lean protein, including chicken, fish, fat-free dairy products and liquid oils.

Smile! A study reveals that optimists' approach to life may offer some health benefits. Women over 50 who are optimistic are less likely to get heart disease compared to women who are more pessimistic, according to a study published recently in Circulation: Journal of the American Heart Association.

Parents should set bedtimes for their children instead of letting them stay up until they fall asleep. A lack of sleep affects children's memory, attention, behaviour and emotional well-being, experts said. Routines like cuddling, singing or bathing can help children to fall asleep faster.

Change your showerhead once a year. Disease-causing germs, which grow and spread on showerheads, can potentially cause threats to people with a weakened immune system, a new study by the National Academy of Sciences found.

The stress hormone cortisol shrinks the brain's memory centers and can hamper one's ability to learn and recall. Cutting stress is an important first step to preserving memory.

Don't eat late at night as having a late night meal can make you fat. Recent tests on mice found that those who eat when they would normally be asleep put on more weight than others who had meals at normal times, according to a study in the journal Obesity.

Clean out your home regularly. Most homes are full of sneaky allergy-causing culprits. Dust mites, bugs, mold and mice thrive in clutter. Be sure to throw away old newspapers, magazines and cans, and keep rubbish outdoors when possible. Banish mites and mold by washing bedding in 130-degree water weekly and use a chlorine-bleach solution to keep fungus at bay in the bathroom.

Energy drinks, carbonated beverages, teas, and citric fruit juices all bathe the teeth in harmful acids. Drinking through a straw can help limit the damage, as can rinsing the mouth with water afterwards or consuming the beverage quickly rather than sipping it all day.

A research cardiologist at the University of Maryland Medical Center in Baltimore, U.S., who studied the effects of happiness, found that playing or listening to music may be one of the best de-stressors. The research found that when listening to music, patients' blood vessel relaxed, opened up and produced chemicals that are protective to the heart.

Do a crossword puzzle. Researchers at Rush Medical University found that mentally challenging activities, such as reading and playing chess, may have a protective effect on the brain and help lower risk of dementia associated with Alzheimer's disease.

Tomatoes are rich in lycopene, a powerful anti-oxidant which, according to the American Dietic Association, reduces the risk of prostate cancer and cardiovascular disease. Nutrionists say the body absorbs lycopene better from processed tomato products, such as spaghetti sauce and tomato juice, rather than fresh tomatoes. However, cooking fresh tomatoes with a little oil also greatly increases lycopene absorption.

Most skin cancers, the most common cancer, can be treated successfully if detected early. The American Cancer Society therefore recommends a periodic checkups for people aged 20 and older. Nearly all skin cancers are preventable, however, by limiting unprotected exposure to the sun.

Reduce the risk of tiring your eyes when on the computer. Look away from the screen about every 20 minutes and stare at a distant object for several seconds to relax your eye's focusing muscles.

A fatty food full of health benefits? Not necessarily an oxymoron. Various health studies have shown that eating a handful of almonds every day -- a food high in magnesium, Vitamin E and B2 -- can lower cholesterol and help reduce the risk of heart disease.

Probiotics, found in yoghurt or sauerkraut, have been shown to aid your digestive system. Probiotics are dietary supplements or foods that contain the good bacteria similar to those found naturally in the body. These bacteria also support the immune system, and aid the creation of B-vitamins.

Flossing every day will lower your chance of getting heart disease later in life. According to a New York University study, daily flossing reduces the amount of gum-disease-causing bacteria in your mouth -- bacteria that leaks into your bloodstream, causing inflamation and thickening of the arteries, two major signs of heart trouble ahead.

There's more reason than ever to eat porridge for breakfast, especially if you have young children -- a new study reports that kids score higher on exams if they follow a regular diet of the high energy breakfast cereal before the age of three.

For better sleep, don't just set a morning alarm -- set a bedtime for both the week and the weekend and keep to it. In order to rest properly, our bodies need regular sleeping patterns.

Let your tea cool off before you drink it. A study carried out in Northern Iran has linked drinking extremely hot tea to higher risks of esophageal cancer. Researchers suggested people allow food and drinks to cool slightly before consuming them.

Feeling under the weather? An American study has found that migraines are linked to weather conditions. Temperature increases were found to increase the chances of people developing severe headaches, and low atmospheric pressure, which usually causes cloudy, stormy weather, can have a smaller effect.

Work less hours. A recent study from Finland found that working long hours can lead to a decline in cognitive skills in later life. Researchers suggested that over working could even increase the chances of developing dementia.

Eggs are an ideal source of protein, providing sustained energy and helping to build muscles, according to a recent University of Illinois study. A separate study, just published in the British Nutrition Foundation's Nutrition Bulletin, found that eggs don't increase blood cholesterol, meaning they don't contribute to heart disease.

Carrots have been shown in studies to be useful in the fight against cancer. A study by the Danish Institute of Agricultural Sciences (DIAS) shows that eating carrots can lower your risk of lung cancer. People who eat carotene-rich food also have lower risk of heart disease and arthritis.

Garlic is an abundant source of manganese, vitamin C and selenium. Research has shown that it helps support normal blood pressure and prevents plaque forming in the arteries. So adding garlic to your meals may just prove to be an inexpensive health supplement.

A work desk with a plant can improve your productivity. A study conducted at the Washington State University found that people who performed a computer task in a room with plants reported an increase in their productivity and lower levels of blood pressure.

Keeping a record of your physical activity routine inspires you to do more. The American Academy of Family Physicians suggests making notes detailing your activity is a great way to motivate yourself.

Get enough sleep. Be sure to get at least six hours per night as recent studies in California suggests that people who have less than six hours a night have a higher mortality rate.

Need some extra smarts? Then hit the gym. Scientists at Columbia University have shown that exercise can stimulate the dentate gyrus, an area of the brain that affects our ability to remember things.