Why women worry, and what to do about it

(CNN) -- These are times not for the faint of heart. Not for the faint of wallet either. With the stock market seemingly out of control and with prices on goods and services taking a page from Buzz Lightyear's playbook and going "to infinity and beyond," it's a tense time for many. 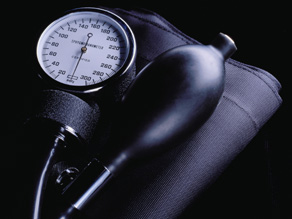 When symptoms of anxiety prevent you from functioning, seek help.

The only sure thing you can bet on in this market is that anxiety is at an all-time high.

And if you're a woman, you're twice as likely to suffer from a good bit that of worrywart-ness, says the Anxiety Disorders Association of America.

The reasons for that could be partially mechanical and partially chemical, says Dr. Patrice Harris, a psychiatrist in Atlanta, Georgia.

"Early research suggests that men and women are wired differently," she explains, but, "the other thing that probably accounts for those numbers might be hormones.

"The jury's still out definitively," she says, "but some of the reproductive hormones, such as progesterone and estrogen, have been implicated in anxiety."

The other hormone that gets a bad rap when it comes to causing anxiety is from your thyroid gland. So if your thyroid is off, which occurs in more women than men, that could lead to anxiety.

And social expectations might be a factor as well. "It might just be that for women, it's more acceptable for them to express their anxiety than men," suggests Dr. Carol Bernstein, associate professor of psychiatry at New York University School of Medicine. Bernstein says that while the numbers of women struggling with anxiety disorders is larger than it is for men, the figures for alcohol and substance abuse for men is higher than for women.

Health for Her: Watch more on women and anxiety »

"So perhaps," Bernstein suggests, "women feeling anxious might be more comfortable talking to someone about it, while men, when stressed, might feel more comfortable going out for a drink with the guys."

While the science of why continues to elude us, the bigger question is when to seek help.

And both psychiatrists agree that the time for help is when the worrying has overtaken other aspects of your life.

That treatment could consist of medicine, talk therapy or both.

That's decided on a case-by-case basis, depending on the patient, the doctor and the disorder itself.

The biggest hurdle, according to Bernstein "is overcoming that feeling of shame."

"People have this sense of being ashamed if they admit to having an anxiety disorder. Many people believe they should be able to just tough it out."

And many people can tough it out, she says, but they still need to see a doctor who can assess the situation. So the most important step is that doctor visit.

"It's critically important that the public understands these types of disorders are very treatable, and people should not be afraid to go get help," Bernstein says.

But there are some things those of us chugging Maalox and peeking though our fingers at what was left of our 401(k) can do to keep some of this anxiety at bay.

Try to give yourself some time to really think about what's happening and how it will affect your life. Don't rush into action before you know just how the impact will, well, really impact you and yours.

Also, she continues, "Talk to others. It's good to know we're all in this together."

Finally, she urges those of us regularly breathing into paper bags to remember that there's very little we can do to control the larger situation -- unless, of course, you're Warren Buffett -- and instead focus on the parts of our life we can control.

Which for some of us might boil down to which hand holds the Maalox and which holds the paper bag.