WASHINGTON (CNN) -- The man dubbed the "Taliban American" is asking the president to commute the remaining years of his federal prison sentence, according to a statement released by his attorneys Wednesday. 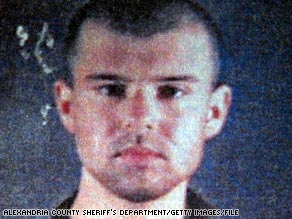 John Walker Lindh is hoping that President Bush will commute the rest of his 20-year sentence.

John Walker Lindh, a 27-year-old Californian, has served seven years of a 20-year sentence after being captured in Afghanistan in 2001.

He joined the Taliban to fight in the country's civil war one month before the U.S.-led invasion of Afghanistan, according to the statement.

He originally was indicted on 10 charges, including conspiring to kill American citizens, but the U.S. Justice Department dismissed terrorism-related charges in 2002.

Lindh pleaded guilty to serving in the Taliban army and carrying weapons while fighting the U.S.-backed Northern Alliance. Along with the plea, he signed a gag order that prevented him from doing interviews.

His lawyers say Lindh never fought against American forces and received a harsher sentence because sentencing occurred after the September 11, 2001, attacks in New York, Washington and rural Pennsylvania.

Lindh's attorneys say he arrived in Afghanistan on September 6, 2001.

At a news conference Wednesday in San Francisco, California, Lindh's parents called on President Bush to show mercy for their son.

Watch Lindh's parents ask for mercy on their son »

"This is the Christmas season, and it's a time for mercy," said Lindh's mother, Marilyn Walker.

His father, Frank Lindh, said his son, who grew up in California and converted to Islam as a teenager, "is a Muslim. He will always, I think, be a Muslim."

His parents repeated their contention that Lindh went abroad to study Islam, found himself in Afghanistan in a civil war and joined the Taliban with no intent to support terrorism or fight against his homeland. They believe that the post-September 11 charges of terrorism, which were subsequently dismissed, spurred public reaction against Lindh that resulted in the 20-year sentence.

"Our son never fought against American forces," his mother said. "He did not participate in terrorist activities of any kind. ... John made a mistake in joining the Afghan army at a time when their government was controlled by the Taliban. He has admitted that this was a mistake."

Lindh's attorneys said he is at a medium-security prison in Terre Haute, Indiana.

The elder Lindh said his son has been treated "very humanely" in the federal prison system.

"Quietly and in a good way, he has served his seven years," Frank Lindh said. "No matter what your perspective on this case, we think everyone should agree that seven years is enough."

Lindh's attorneys said that previous commutation appeals to the Bush administration have gone unanswered, but his father said Lindh's family holds out hope that Bush will act before leaving office.

"All of these events occurred while President Bush was in office," Frank Lindh said. "This is on his plate. I'd like to think we'll get a response from President Bush this time."

Appearing before a U.S. district judge in 2002, Lindh said he "made a mistake by joining the Taliban" and "had I realized then what I know now about the Taliban, I would never have joined them."

"Life is making choices and living with the consequences," U.S. District Judge T.S. Ellis told Lindh during the sentencing. "You made a bad choice to join the Taliban."

All About The Taliban • Afghanistan • September 11 Attacks