Suspect: 'I finally know who mailed the anthrax letters'

WASHINGTON (CNN) -- The man who authorities allege carried out the 2001 anthrax mailings that killed five people sent himself an e-mail saying he knew the attacker's identity, according to court documents released Wednesday. 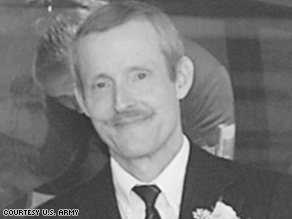 Bruce Ivins, who authorities say killed himself in July as the Justice Department prepared to charge him in the anthrax case, is alleged to have sent the e-mail to himself last September.

An FBI agent quotes the message in an affidavit accompanying applications for search warrants for Ivins' e-mail accounts.

"Yes! Yes! Yes!!!!!!! I finally know who mailed the anthrax letters in the fall of 2001. I've pieced it together! Now we can finally get this over and done with," the e-mail reads.

In it, the former biodefense researcher says he plans on turning information over to his lawyer and that his lawyer would then give it to authorities. The e-mail does not say who Ivins believed was responsible.

"I'm not looking forward to everybody getting dragged through the mud, but at least it will be over," the e-mail reads. "Finally! I should have it TOTALLY nailed down within the month. I should have been a private eye!!!!"

The documents -- which the Justice Department says are the last Ivins-related search warrants that had yet to be released to the public -- also contain new details about allegations that Ivins wanted to kill his co-workers.

The details are in an account of a July 9 group therapy session during which Ivins allegedly said he was a suspect in the anthrax investigation.

According to an FBI agent's account, Ivins was "angry at the investigators, the government, and the system in general."

"He said he was not going to face the death penalty, but instead had a plan to kill co-workers and other individuals who wronged him," the account reads. "He said he had a bullet-proof vest, and a list of co-workers, and added he was going to obtain a Glock firearm from his son within the next day, because federal agents are watching him and he could not obtain a weapon on his own."

The FBI agent also alleges that Ivins said during the session that he had walked around the "ghetto" areas of Frederick, Maryland, near his home, late at night "hoping that someone would try to hurt him so that he could stab them with a sharp pen."

That description is similar to something Ivins allegedly wrote on YouTube referencing a winner of the television game show "The Mole." Authorities said Ivins' YouTube message read: "The least someone could do would be to take a sharp ballpoint pin or letter opener and put her eyes out, to complete the task of making her a true mole!"

General details of the therapy session have previously been reported. After the meeting, social worker Jean Duley contacted authorities and Ivins was taken into custody. He was released after being evaluated at two hospitals.

Notes allegedly written by Ivins at the time of his hospitalization were found in the trash at his home after his death. According to the FBI, he wrote about the stresses in his life and the possibility of facing prison time.

"There is simply nothing new here, nothing that is proof against Dr. Ivins," Kemp said Wednesday.

"We are working to close the investigation soon," Boyd said, adding that "investigative efforts" and "administrative measures" need to be finished.

The anthrax attacks occurred less than a month after the September 11, 2001, suicide attacks that killed nearly 3,000 people in New York, Washington and Pennsylvania. Letters filled with bacterial spores were sent to Senate Democratic leaders and news organizations.

Those who died were Washington postal workers, a New York hospital worker, a supermarket tabloid photo editor in Florida and a 94-year-old woman in Connecticut.

Scientists from inside and outside the FBI said they traced a strain of anthrax from the envelopes and victims to a batch of anthrax in Ivins' lab at the U.S. Army Medical Research Institute in Fort Detrick, Maryland.